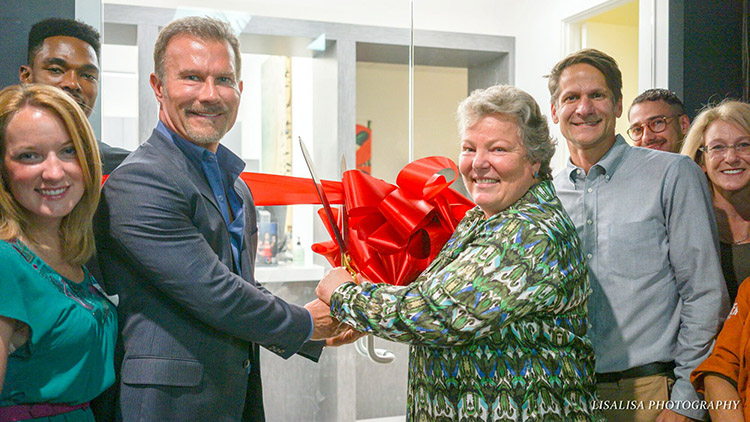 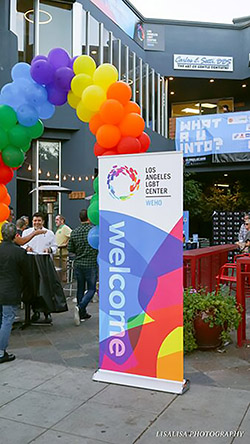 “At the new Los Angeles LGBT Center-WeHo, we’re offering the services and support that are essential to protecting the sexual health of our community,” said Center CEO Lorri L. Jean, “and we’re providing them in a welcoming, sex-positive environment where everyone will feel comfortable talking to our providers and counselors about their risk factors, their interest in going on PrEP, STD symptoms they may be experiencing, and more.”

The new 2,600-square-foot facility is considerably larger than the West Hollywood facility where the Center previously offered HIV/STD testing and STD treatment, enabling staff to provide up to 15,000 HIV/STD tests a year—that’s three times the capacity they could provide at The SPOT. Those who test positive for an STD can be treated onsite; those who test positive for HIV can receive immediate medical care and support services from the Center’s Jeffrey Goodman Special Care Clinic in Hollywood, which offers the same sexual health services as the Center-WeHo.

“If everyone who is HIV-positive could get treatment and reduce their viral load to an undetectable level, HIV could be stopped,” said the Center’s Director of Sexual Health Services, Dustin Kerrone, “but first they have to know they’re positive. Today, one out of seven people who are HIV-positive don’t know it. By increasing our testing capacity, by offering fast and convenient testing in a sex-positive environment, and by making it easy to obtain PrEP and PEP, we hope to help slow the spread of HIV in L.A. where 83% of those living with HIV are gay or bisexual men.”

In addition to offering PrEP and PEP, the Center-WeHo will help those who are uninsured, or whose insurance plans don’t cover it, qualify for financial assistance programs to help cover the costs.

To promote the new facility, the Center has launched a marketing campaign dubbed “What R U Into?” that features a diverse range of men in various West Hollywood locations, pictured with the wide-range of emojis they use on smart phone apps to convey what they’re “into.” The campaign’s simple message reads: “Whatever you’re into, caring for your sexual health is our priority at the new Los Angeles LGBT Center-WeHo.” The campaign will run in print, online, mobile and outdoor media supported by the website whatRUinto.org.

The Los Angeles LGBT Center-WeHo’s hours of operation are Monday—Friday, 11 a.m.—2:30 p.m. and 4—7 p.m. Testing services are available on a walk-in basis or appointments can be made by calling 323-860-5855. Center-WeHo is located above Gym Sportsbar and Coffee Bean at 8745 Santa Monica Blvd. Additional information is available at lalgbtcenter.org/WeHo.