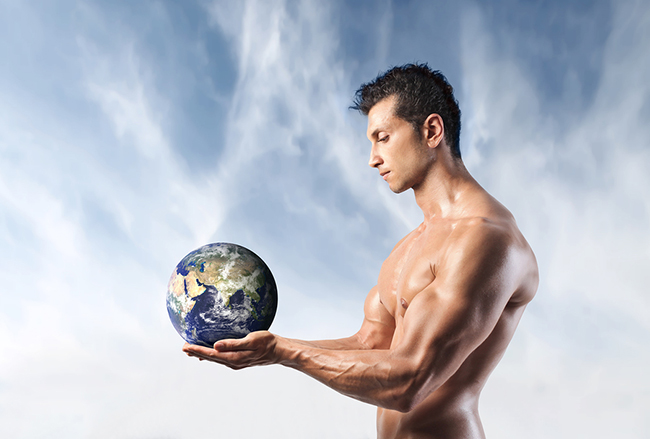 BACK TO THE FUTURE

In the December issue of THE FIGHT (Issue #47) as we celebrated World AIDS Day I talked about the admirable efforts of cities such as New York, San Francisco, and West Hollywood to achieve an AIDS-free generation. “AIDS-free” might mean no progress from HIV to AIDS or it might mean no new HIV diagnoses. But how can we stop HIV transmission completely? How can we end AIDS?

For many years, those of us who saw a lot of HIV patients recognized that something about taking HIV medications and becoming undetectable was having a big effect on the risk of HIV transmission.

And in spite of this potentially increased exposure, we did not see HIV transmission. Even though we had this real world experience, no one would say that treating HIV decreased the risk of transmission. We didn’t know for sure. Everyone was afraid they might be wrong.

In 2011, we had the first grade A evidence that HIV treatment decreased HIV transmission. The HIV Prevention Trials Network Study 052 (HPTN 052) provided randomized clinical trial data to support the premise that people living with HIV who started antiretroviral therapy had a significantly lower risk of transmitting the virus to their negative partners compared to those who were not on treatment. Science Magazine called this revelation the “Breakthrough of the Year” in 2011. This was a groundbreaking advancement but some critics were still not convinced. The efficacy of antiretroviral therapy at reducing HIV transmission from the HIV-positive partner to the HIV-negative one was at least 96% but most couples were heterosexual, and the study contained too few gay couples to establish if the same applied to them (or rather to anal sex). In addition, there is often a criticism that what is demonstrated so clearly in clinical trials might not hold up in the real world. Many were still afraid to speak up for fear that they might be disproven.

In 2014, the results of the Partner study were presented and this data made clear the fact that antiretroviral therapy (ART) works as a prevention tool in multiple populations and outside of a clinical trial. The Partner study included 1,110 HIV serodiscordant couples in Europe, most heterosexual but nearly 40% were gay men. All couples were having sex without condoms at least part of the time. The HIV-negative partner could not be using post-exposure or pre-exposure prophylaxis (PEP or PrEP) and the HIV positive partner had to be on ART, with the most recent viral load below 200 copies/ml. Safe sex counseling was provided and couples were seen every 6 months and at these visits the positive partner was confirmed to be undetectable and the negative partner was confirmed to still be negative.

Lots of sex went on during the study. During a median follow-up of 1.1 years in men who have sex with men (MSM), 1.5 years in heterosexual men, and 1.5 years in heterosexual women, the estimated total numbers of condom-free sex acts were 16,400, 14,000 and 14,000 respectively. This translates into 43, 37, and 37 condom free sex acts per year for MSM and heterosexual men and women respectively. Self reported non-adherence to HIV medications (missing more than 10% of your doses) was rare in the infected partners. However, other sexually transmitted infections (STI) were not rare with 16% of MSM diagnosed with an STI and 5% of heterosexuals.

The results of the Partners study were amazing. Despite the unprotected sex and even the STIs which we know can increase the risk of HIV transmission, NO TRANSMISSIONS OCCURRED THAT COULD BE LINKED FROM THE INFECTED PARTNER TO THE UNINFECTED PARTNER.

The study will go on until 2017 and is still recruiting gay male couples to participate. As time goes by we will gather more and more data. The results to date of the Partner Study help to reinforce the data from HPTN 052 and reassure us that treatment of HIV positive persons with antiretroviral agents will take us a long way in stopping HIV transmission and getting us to an AIDS-free world.

Dr. Tony Mills is a leading LA-based clinician in the fields of men’s health and wellness. He can be contacted via his web site: SoCalMensHealth.com or at or at (310) 550-1010.