THE END OF AIDS | The Fight Magazine 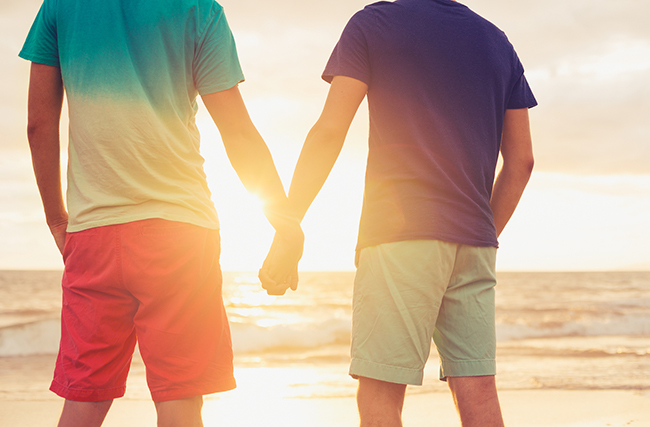 Dr. Tony Mills, a leading LA-based clinician in the fields of men’s health and wellness, on the possibility of living in an “AIDS-free” world.

Every year, December 1 is designated as World AIDS Day. For 26 years, World AIDS Day has been an opportunity for people worldwide to unite in the fight against HIV, show their support for people living with HIV and to commemorate people who have died. The theme for World AIDS Day 2014 is “Focus, Partner, Achieve: An AIDS-free Generation.” There has been much discussion about what constitutes “The End of AIDS” and there is much debate about whether or not it is even an attainable goal.

Several groups are aiming to become the first to reach this lofty prize. The state of New York, the city of San Francisco, and our home here in West Hollywood have all launched campaigns to become the first places to be “AIDS-free.” With the new infection rate in the US being rock steady at about 60,000 new infections per year, how do any of these aspirants reach the goal? What does being “AIDS-free” actually look like?

I see two ways that we might define “AIDS-free.” Since AIDS is an advanced stage of HIV disease and most people today who are diagnosed with HIV do not yet have an AIDS diagnosis, we could say that AIDS-free means no progression from HIV to AIDS. This would mean diagnosing people earlier and getting them on treatment faster and keeping them in care. If we can treat the HIV, we can prevent the advancement from HIV to AIDS and this could lead to an “AIDS-free” world. What we know now as well is that putting HIV positive men and women on HIV treatment decreases their viral load to undetectable levels and prevents them from transmitting HIV to others. This biomedical prevention strategy known as “Treatment as Prevention” (TasP) was called in 2011 by the journal Science the “Breakthrough of the Year”. So not only can we prevent HIV to AIDS progression with treatment, we can prevent the spread of HIV.

This brings us to a second possible definition of “AIDS-free” which would be no new HIV infections. This is, in many ways, a much loftier goal and much harder to achieve. CDC data predicts that over 50% of new infections occur from contact with the 20% of people in the US who are living with HIV and do not know they have it. We can promote testing as the CDC has done in recommending routine testing of everyone in a health care setting regardless of risk factors but we will still never be able to find all of the individuals who are living in the dark with HIV.

Fortunately, we have ways that HIV negative people can stay negative. Safe sex works. Condoms work. Post exposure prophylaxis (PEP) that is taking a monthlong course of HIV meds after a high-risk exposure works. And now we have another biomedical intervention that looks promising as well called PrEP. PrEP is Pre-Exposure Prophylaxis, which means taking medications ahead of time to prevent HIV transmission should someone encounter the virus. It’s a new and effective way that can help those who are HIV negative stay negative.

So how can we achieve this ideal of what Hilary Clinton termed “An AIDS-free Generation?” Everyone seems to agree there are a few fundamental steps. We must identify persons with HIV who remain undiagnosed and link them to health care. We must link and retain persons diagnosed with HIV to health care and get them on anti-HIV therapy to maximize HIV virus suppression so they remain healthy and so that we can prevent further transmission. And we need to facilitate access to prevention strategies including PrEP for high-risk persons to keep them HIV negative.

So on this important World AIDS Day 2014, let us remember our HIV history, let us remember those lost in the past to this terrible disease and those currently living with HIV. But let us look forward to a brighter future, towards the attainable goal of ending AIDS. You must have good vision to see the End of AIDS but let us focus our efforts and let us reach out and work together to attain this goal of an AIDS-free generation that was once a dream but is now a very real possibility.