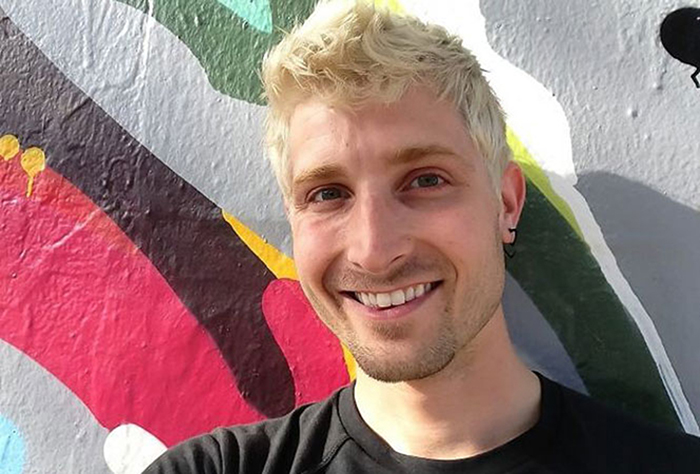 Bryan Higgins, 31, a gay San Francisco man known as Feather Lynn, was taken off life support last month, after being found unconscious in San Francisco’s Duboce Triangle neighborhood on Aug. 10. Higgins was severely beaten in an alleged hate crime. Authorities are searching for a man in his early 20s or 30s, wearing a gray hoodie. “Our priority at this point is finding the suspect and the motive for the attack,” said Officer Albie Esparza, a San Francisco police spokesman.

Higgins was a member of the gay men’s counterculture movement Radical Faeries. A vigil organized by Higgins’ husband, Brian Haggerty, and his family was held at Duboce Triangle at 3:33 pm, on Aug. 13, the exact moment when he was taken off of life support. A tribute and memorial was also held at Bronson Park in Kalamazoo, Michigan, where Higgins’ was from originally.

The California legislature approved a bill last month that would modernize birth certificates to more accurately reflect families in which parents are of the same gender. The bill, AB 1951, now goes to Democratic Governor Jerry Brown, and if signed, would allow parents to identify themselves as father, mother or parent when a child is born, a change from the current birth certificate that supporters say is more reflective of growing rights and acceptance for same-sex couples.

A bill that would have mandated the use of condoms by all adult film performers in California, died in an Assembly committee last month. Assemblyman Isadore Hall III, D-Los Angeles, who authored AB 1576, claimed that the bill was simply designed to protect the performers. Diane Duke, executive director of the Free Speech Coalition, said that AB 1576 would have undermined the industry and that it was unnecessary, because the industry already administers their own regular testing for sexually transmitted diseases. n