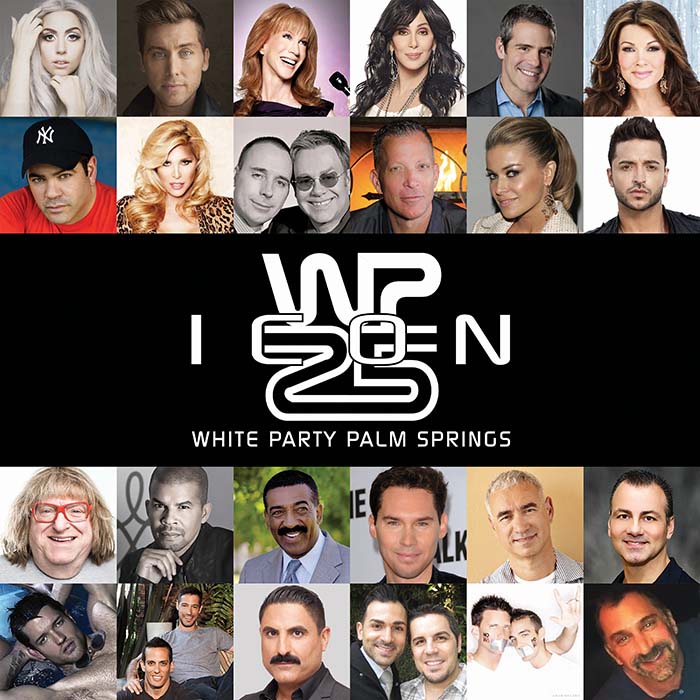 IN CELEBRATION OF HIS 25TH ANNIVERSARY, White Party Founder and Producer Jeffrey Sanker has created the White Party Palm Springs Icon Awards. These awards recognize a select group whose unique and varied achievements have stood out and best embody the spirit of White Party.

“We are thrilled to present our special Icon Awards to individuals who have exemplified White Party’s defining principles of unity & celebration, commitment to excellence and leading edge creativity,” said Sanker.  “I look forward to presenting those attending recipients their awards on the White Carpet at this year’s Saturday main event.”

Sanker also revealed the exciting new addition of Uber as the official transportation provider for White Party. Sign up at: www.uber.com/GO/WP25. Both new and existing users can also enter the code “whiteparty” to unlock a flat rate from LA to Palm Springs and back.