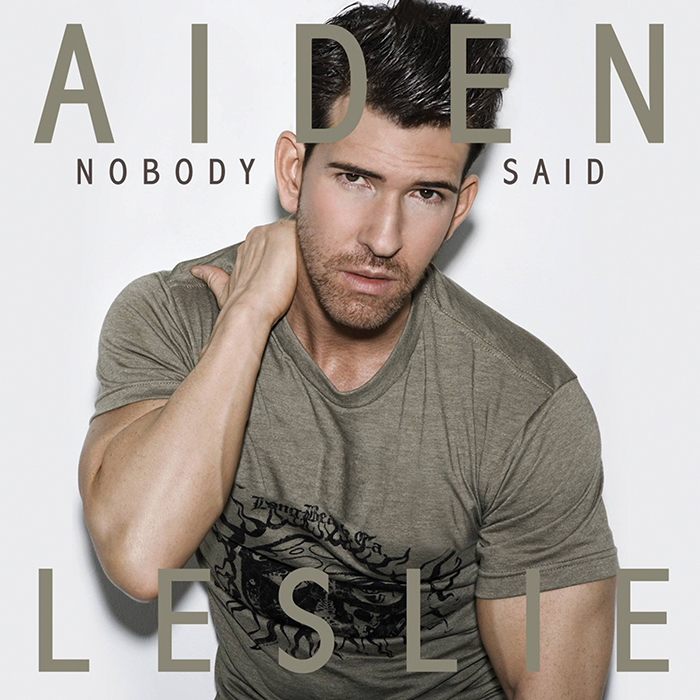 “MY FANS ARE ALWAYS MY PRIORITY and meeting them makes it all worth it,” says out gay pop artist Aiden Leslie, after performing to enthusiastic crowds at various venues throughout Los Angeles last month.

Leslie’s newest track, “Nobody Said,” continues his journey in search of life’s ideal.  It tackles a desire many (including Aiden Leslie) feel is even more out of reach: finding ultimate love.

According to recent reviews, “Leslie stylistically stretches out of his usual zone with this minimal pop track that is layered with heavy bass, synth and drums to create a modern, tight track meant to get fans moving in clubs.  Vocally, Aiden Leslie is easily on par or better than most of the voices currently on mainstream radio.”

As a songwriter, Leslie has become known for using his songs as personal diary entries. “Worlds Away” examined the aftermath of struggle, and how people eventually reach a light at the end of the tunnel and grow from adversity.

“Trying to Leave Now” looked at fighting feelings in the heart, leaving a love the mind knows is not right.

And “Diamond Dreams” reflected on Leslie’s story of coming to New York City six days after his high school graduation; how he grew from a boy to a man, navigating his way through the tough city streets, seeking his dreams to become the performer he is today. And—it’s become a reality as he has been steadily touring the country the last three years, playing to huge crowds in cities such as Chicago, Miami, New York City, Atlanta, Albany, Columbus, Indianapolis often opening for acts such as Wilson Phillips, 10,000 Maniacs, Debbie Gibson, Aaron Carter, Kristine W to name just a few.

“I’ve learned that in life, there are hills to climb,” he says.  “It’s how you manage the climb up and the fall down from them that is key… I am grateful to have found my purpose in music… It’s how I share and express myself. Being given a second chance to share it with the world is a gift.”