Luckie Alexander On The HRC/CNN Democratic LGBTQ Town Hall: What I Wasn’t Hearing | The Fight Magazine 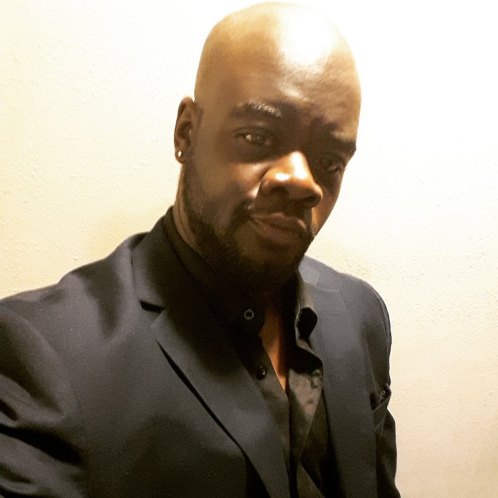 I was in attendance at the HRC/CNN Democratic LGBTQ Townhall and it was beyond an interesting experience. First I applaud the candidates for agreeing being present in the space.

Initially I thought this was going to be an empowering experience but it wasn’t long before I realized otherwise. As I looked around the theater  observing the crowd I had a difficult time seeing myself reflected not only my community of color but also my trans community of color. I expected to see a bit more diversity in the room, instead the majority of the crowd was made up of white gay men. As the program began we were given instructions from the stage manager and the program started.

Sometime during the first couple of candidates, Bamby Salcedo and Maria Roman stormed to the front of the stage with a trans flag shouting “stop killing our girls” and were immediately removed by security.

The way security physically handled them upset quite of few of our trans community members, they began shouting “let go of our elders.” The situation was over quickly. As the program continued on, candidates began to answer the questions given by audience members I was encouraged by what I heard from them regarding changes in policy and whatnot. I quickly noticed most of the questions were being posed by HRC members, who were family of LGBTQ community members. This really made me pay more attention to what was happening.

It was what I wasn’t hearing and seeing that frustrated me. The candidates acknowledged the murders of our fallen black trans sisters and what they would do to protect them but there were no black trans women that were given the opportunity to ask questions that would speak directly to their narratives. While candidate Beto O’Rourke was given a question from a mother of a trans child but before she asked her question she acknowledged and affirmed Bamby and Maria for their actions earlier in the program. At that moment, my trans sister Blossom C. Brown, had the courage to stand and grab a mic to up for our black trans community, not only our black trans sisters but also our trans brothers and our non binary & GNC siblings.

As a black trans man I do my best to protect and stand in solidarity for and with my trans sisters but all too often we are not given space or a seat at the table to speak. I appreciate her courage to take that stand and not forgetting all of us. She said all the things I and probably others were thinking “Black trans women are being killed in this country and CNN, you have erased Black trans women for the last time!”

The moderator Don Lemon had a quick back and forth with her saying “this is exactly why we are here to validate people like you”. Blossom was not going to just allow him to pacify her so eventually Lemon just allowed her to speak after Beto O’Rourke gave security a signal to back up. Blossom called out CNN saying “Baby, your actions have to speak louder than words, because guess what? Not one Black trans woman has taken the mic tonight. Not one Black trans man has taken the mic tonight!”

She left the theater and returned shortly. After that I was triggered in a way that angered me to leave. She was right – the systematic erasure of the black trans community is very real and even more so for black transmen. Our community needs to have our space to speak to presidential candidates about the issues in our community because they are unique to us and look very different from LGB issues. We are not going to sit silently waiting to be recognized anymore.