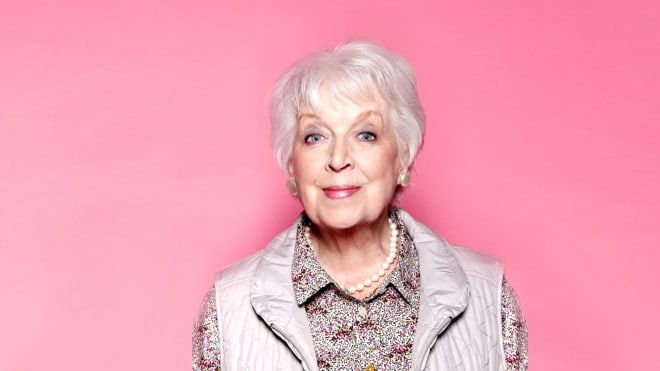 The actress won the hearts of fans around the world as Edina (Eddie) Monsoon’s long suffering mother in the series, which had a huge gay following.

Joanna Lumley, who starred as Patsy in the BBC comedy, told ITV News: “I am heartbroken to lose such a darling friend and shall never forget her sensational talent, humour and her generosity to us all who had the joy of working with her on Ab Fab. She will always have a most special place in my heart.”

Actress Julia Sawalha, who played Dame June’s straight-laced granddaughter Saffy, posted her own tribute to her on-screen gran, saying, “Thank you Dame June Whitfield, for teaching me my craft with such grace and dignity. I always wanted you to know how in awe of you I was, however, you were always far too humble to accept my adoration. You were a great source of inspiration to me. Bye-bye Gran.”