Be The Change | The Fight Magazine 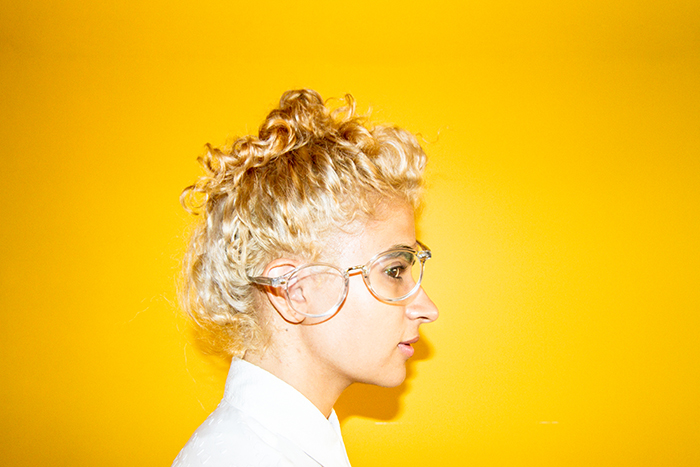 Queer, feminist, activist, musician Madame Gandhi on misogynist rappers, inclusive diversity and inducing the vibration of your own humanity.

Gandhi rose to fame as a drummer for M.I.A. and also as the radical activist who free bled during the London Marathon in 2015 to bring attention to the global stigma surrounding menstruation. In 2016 she released Madame Gandhi’s debut EP, Voices to great acclaim.

In an interview with THE FIGHT Ghandi talks about misogynist rappers, inclusive diversity and inducing the vibration of your own humanity.

Your music has such a strong social justice core to it—do you consider your music an essential part of your practice as an activist? Or, do you you see them as two distinct aspects of your work?

I often say music is the medium through which I chose to convey my message. And, unlike other artists, my activism really came [before my music] in the sense that I ran the London marathon in 2015 bleeding freely on my cycle and that story went viral. I ran to combat the global stigma that women face when they are on their periods and when the story went viral I was asked to speak at a couple different events, and universities, and conferences. At these events some of the hosts would say: “you’re a musician—why don’t you play us a couple songs after you give your talk?” But I was like, I’ve only ever drummed for other people. I had never made my own music. So then a lot of folks who I cherish dearly in my life were like: well, you better start. Because I did have a message and I did have something to say, music was the most sort of obvious way for me to put my body of work in one cohesive location. So that’s really what happened. I would say that my music and my activism are certainly intertwined.

In horrific political times like we once again find ourselves in—how does your practice as an artist reflect the state of politics? Is your work the space you are able to process and work through the events of the news? Or, do you find that music is the place where you can go to escape the weight of the world?

That’s a good question. As a consumer of music I definitely use music as a place to escape and less as a place to participate, which is ironic because I don’t make music that is about escaping. I definitely make music that is about confronting the world head on. I think the artists that have inspired me the most are the ones who sort of allow me to empathize with an experience I would not otherwise have. [For example] I grew up listening to Eminem—who is one of the most violently misogynist rappers there are. But, the difference with him is that he also raps about how his mother abandoned and abused him. There’s something powerful about [that dichotomy which creates] some understanding as to where a part of his misogyny and mistrust of women comes from—especially as opposed to the kind of redundant misogyny that we hear on the airwaves today that doesn’t really have any grounding beyond cultural sexism. In the same way, I want to make music that has empathy and love energy—but also is critical of things that are problematic in society. I want someone who might have a different upbringing than I do, or someone who doesn’t support or understand feminism to be able to listen to my music and come away with a little bit more of a perspective into a femme or female experience.

Your music focuses on inclusive, femme diversity—was that always a key tenant to your practice or has that developed as a reaction to working in the music industry?

It’s a mixture. I think I always understood the principles of femme, inclusive diversity but didn’t necessarily have the tools or the language to explain it until recently. The need to celebrate the femme and elevate the femme has become more apparent because of who’s in the White House and with classic sexism that I see all the time in the music industry. So yes, it has become an intentional choice to address these issues head on with intelligence, education, and peacefulness so that I can be the change that I wish to see in the world.

Growing up in New York and traveling extensively on tour—what about LA made you want to set roots here?

LA inspires me. Not every crack, crevice, and corner is filled in with graffiti, art, or advertisements. When I grew up in New York city I felt like every last building had somebody else’s art on it. There was no room for my brain to create.  When I drive around LA, especially the industrial part of downtown that I live in, there’s so much space for my brain to be massaged and stimulated. I always feel like I’m creating. I’m not thinking about what a billboard or advertisement wants me to see, instead I’m able to think clearly and introspectively. I often find myself pulling my iPhone out and recording lyrics when I’m here. I also like living in LA because I feel like the city has a strong connection to wellness. I think people here understand the value of a good eight hours of sleep, not drinking super heavily, going on hikes, and doing meditation LA allows me to be a more healthy version of myself.

Your work focuses on intersectional feminism and puts particular spotlight on mindfulness as a form of self care. Do you have any tips for self care that you wish you’d known when you were younger?

I’d recommend incorporating a twice daily meditation practice that my mom taught me. It’s a mixture of hip opening exercises, breathing exercise, and a loving kindness meditation where I imagine two people in my life joyfully laughing and I send them positivity for their day. Then I think about three things that would be great if they happened that day, like a to do list, and I visualize myself actually doing those things. And then I close the meditation by chanting a hindu prayer of “om shanti.” Meditation and chanting is literally a bath for your cells. You’re literally inducing the vibration of your own humanity, and your own flesh, and your own chest cavity—just like singing does. It’s really powerful. Doing something loving for myself everyday  builds my self-confidence and self-trust, and allows me to have a clear focus and gratitude for the day.

Madame Gandhi’s follow up EP is expected to be released in the next year. For more information visit her website:  www.madamegandhi.com.