We Don’t Serve Your Kind Here | The Fight Magazine 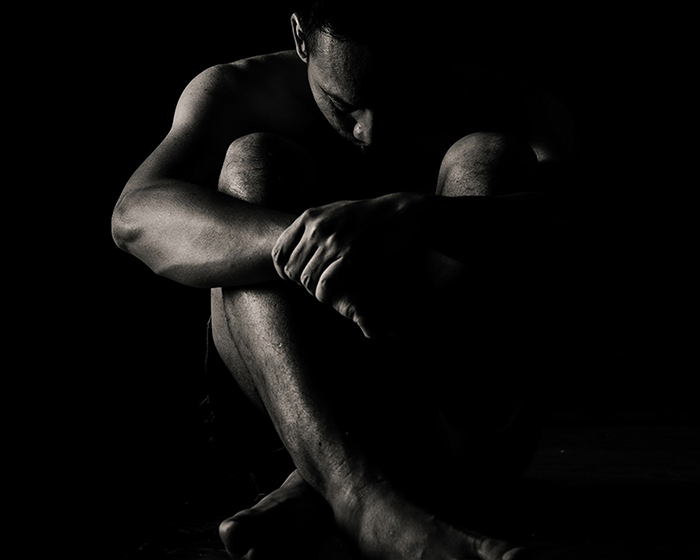 Nothing says “you’re less than” like a business owner saying your life is too sinful to allow you to pay him for something he sells others.

My partner and I stepped up to the hotel’s front desk. From past experience, I already knew what was going to happen. Like most couples, when we booked the reservation online, we chose a room with one big bed. But when the hotel staffer saw us standing in front of her, she said. “I think there’s been a mistake. Do you want a room with two beds?”

“No,” I said, looking her right in the eye. “The queen bed will be great.” She checked us in and gave us the keys. As we rode the elevator to our room, I wondered: would she have asked us that question if we looked like a hetero couple? No way. Did the staffer intend to be homophobic? Probably not. But, as they say, intent doesn’t negate impact. Her question implied that there was something wrong with two men sharing a bed. Even though we got the bed we wanted, I still winced.

You’ve probably heard about the Masterpiece Cakeshop, Ltd. v. Colorado Civil Rights Commission case. The owner of a bakery in Colorado refused to make a wedding cake for a gay couple in 2012, citing his religious beliefs opposing marriage equality. The couple sued, and the case slowly made its way up to the Supreme Court of the United States (SCOTUS).

SCOTUS decided the case in favor of the baker last month. Legally and politically, the ruling was only a minor loss for LGBTQ people. The ruling was “narrow,” since this particular baker prevailed only because a majority of the Court concluded that the Colorado Civil Rights Commission didn’t fairly consider his claims. Although he won his case, SCOTUS refused to endorse the broad constitutional right to discriminate against LGBTQ people as the baker and his supporters had sought.

Nevertheless, a lot of LGBTQ people were upset and angry about the Masterpiece decision, and I definitely understand why. It feels terrible to be turned away based on who you are or whom you love. In an NBC News article, Charlie Craig, one half of the couple the baker refused to serve, said that bullies had taunted him for being gay in the small Wyoming town where he grew up. After moving to Denver as an adult, Craig said, he thought he’d be able to live his life openly and without fear. Instead, he reported feeling “’devastated and mortified‘” when he and his husband-to-be were refused service at the bakery.

The thing is, it’s not just the people who directly experience exclusion who suffer. In the Masterpiece decision, Justice Kennedy expressed concern about allowing gay people and couples to be “treated as social outcasts or as inferior in dignity and worth” and about the “community-wide stigma” that could occur if all businesses were allowed to refuse the goods and services to same-sex couples that they offer everyone else. Even if those turned away ultimately are able to find what they need elsewhere, the damage will have been done. Nothing says “you’re less than” like a business owner saying your life is too sinful to allow you to pay him for something he sells others as you approach what you hope will be the happiest day of your life.

Many LGBTQ Americans are already suffering the stigma to which Justice Kennedy referred. A recent study published in JAMA (Journal of the American Medical Association) Psychiatry found that state laws permitting the denial of services to same-sex couples were associated with a 46% increase in the proportion of sexual minority adults experiencing mental distress. That means that LGBTQ people are being negatively affected by laws that allow discrimination against us, even if we don’t suffer that discrimination firsthand. That’s a consequence of fearing you may experience humiliating exclusion at any time without recourse. It’s the wince of my hotel check-in experience writ large.

Being LGBTQ isn’t the only reason people experience discriminatory exclusion by businesses. People of color, women, people with disabilities, and religious minorities are just a few of the groups at risk. My first thought when I heard about Masterpiece was the sit-ins in the 1960s South, where African-Americans protested by sitting at segregated lunch counters and refusing to leave after being denied service. Such racist exclusion continues to this very day: for example, earlier this year, two African-American men were arrested and forcibly removed from a Philadelphia Starbucks while waiting to meet a (white) colleague for coffee while white customers were allowed to linger as long as they wanted. Although some minorities can hide our minority status, some of us can’t hide the fact that our skin is dark or that we use a wheelchair or that we wear a hijab or that we look queer.

Masterpiece points to a vicious cycle of anti-LGBTQ bias. If we think we might be discriminated against because of our identity, some may choose to keep that identity a secret to protect themselves. When a person hides their LGBTQ identity, it exacts an emotional toll. But it also takes a toll on LGBTQ communities as a whole by creating a false sense that there are fewer of us than there actually are. This results in the larger world being less aware of us and our lives, which means more people will assume everyone is hetero and cisgender and develop policies and expectations that exclude us. And the cycle continues…

I used to think that invisibility and exclusion were different things. Masterpiece helped me understand they’re part of the same cycle. Fear of discrimination breeds less openness, which leads to less understanding by non-LGBTQ people, which leads to more discrimination, which brings about more fear. LGBTQs can empower ourselves and improve the world by being out (understanding that that’s not easy or even an option for some of us). But it is our society at large—mostly run by heteros—that ethically must support and work to maintain a world in which LGBTQs can live stigma-free.