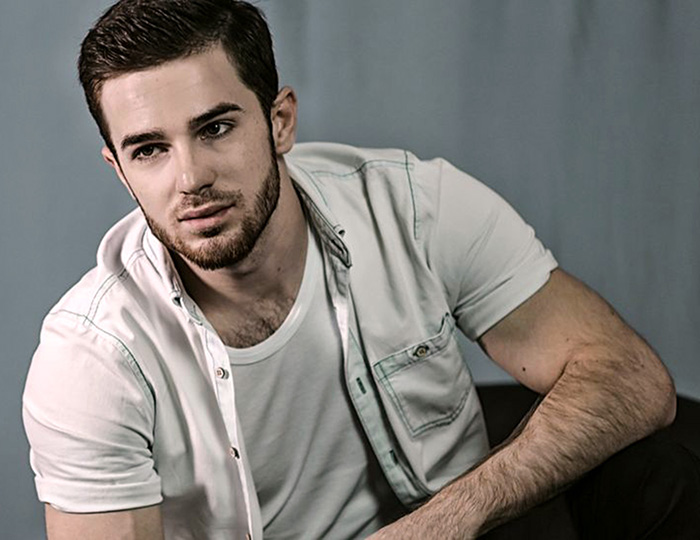 Sources are reporting that Russian singer Zelimkhan Bakaev was arrested, tortured, and murdered by by Chechen authorities due to “suspicion of homosexuality,” reports Back2Stonewall.com.

Bakaev was last seen on August 8 in Grozny, where he had come from Moscow for his sister’s wedding Bakaev’s Instagram account has mysteriously been deleted, but a small Twitter account in his name remains active, offering no recent updates. Earlier last month, Igor Kocketkov of the Russian LGBT Network made a statement to the media regarding the disappearance, saying:

A source close to activists in the region have stated that Bakaev, 26, was tortured to death. “He arrived in Grozny and was picked up by police within three hours,” they claimed. “Within ten hours he was murdered.”

“They tell the parents to kill their child. They say: ‘Either you do it or we will.’ They call it: ‘Cleaning your honor with blood.’”

Kocketkov claimed in a press conference that other individuals in Chechnya’s entertainment industry were subjected to “torture” as the authorities attempted to gain information on Bakaev.

Earlier last month, Maxim Lapunov became the first victim of Chechnya’s gay purge to come forward publicly with claims of abuse at the hands of authorities.

Lapunov, 30, was arrested, thrown into a blood-soaked cellar and beaten over an 11-day incarceration at the hands of Ramzan Kadyrov’s men, reports The Independent at www.independent.co.uk.

Lapunov had arrived in Chechnya on business in 2015. A small-scale entrepreneur from Omsk, Siberia, and openly gay, Lapunov had little idea of what lay ahead. Within two years, he would be arrested, thrown into a blood-soaked cellar, repeatedly beaten, before being released 11 days later.

News of Chechnya’s gay pogroms broke in April 2017, detailing that at least 100 gay men had been arrested and three killed in the Russian region. A survivor of one such camp located at a former military base in Argun claimed he was tortured and interrogated by Chechen officials, reports Huffington Post. In an effort to obtain the names of more gay men, the officials had confiscated his phone and then targeted his contacts.

Throughout April and May 2017, other reports further revealed that gay men in Chechnya were being murdered at the hands of their own family members, in what was described as state-encouraged honor killings.

In an anonymous interview conducted with France24, one survivor said, “They tell the parents to kill their child. They say: ‘Either you do it or we will.’ They call it: ‘Cleaning your honor with blood.’” He further claimed that he had already witnessed the torture of a man for two weeks, ultimately dying at the hands of his own family, who “took him and killed him in a forest.”