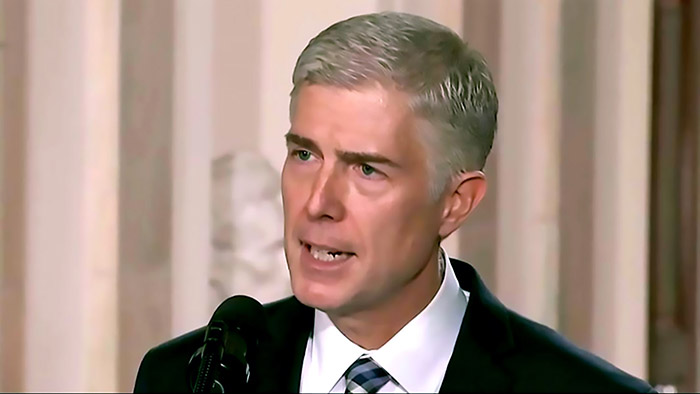 As confirmation hearings for U.S. Supreme Court nominee Neil Gorsuch get underway, Equality California has sent a letter to members of the United States Senate urging them to oppose his confirmation.

In the letter, Equality California refutes Trump Administration claims that Gorsuch is a moderate in tune with mainstream American views. In fact, Gorsuch’s legal opinions are rooted in originalism, the belief that the Constitution should be interpreted in a manner consistent with those who drafted and ratified it nearly two and a half centuries ago. He is far to the right of the majority of Americans who believes in women’s reproductive freedom, marriage for same-sex couples and the separation of church and state.

He sided with employers in two federal cases supporting an employer’s right to refuse to pay for contraception as part of employee health coverage if doing so violates the employer’s religious beliefs. This viewpoint regarding religious liberties has serious implications for LGBT people.

The letter states in part:

“Religious exemptions to civil rights laws would effectively gut LGBT legal protections because any person who has a desire to discriminate can merely raise religious beliefs as an excuse and a justification. Judge Gorsuch’s views in this area are a direct and significant threat to LGBT equality and LGBT civil rights protections.”

The letter to all 100 members of the United States Senate was signed by Equality California Executive Director Rick Zbur and National Policy Director Valerie Ploumpis.