Aging And HIV | The Fight Magazine 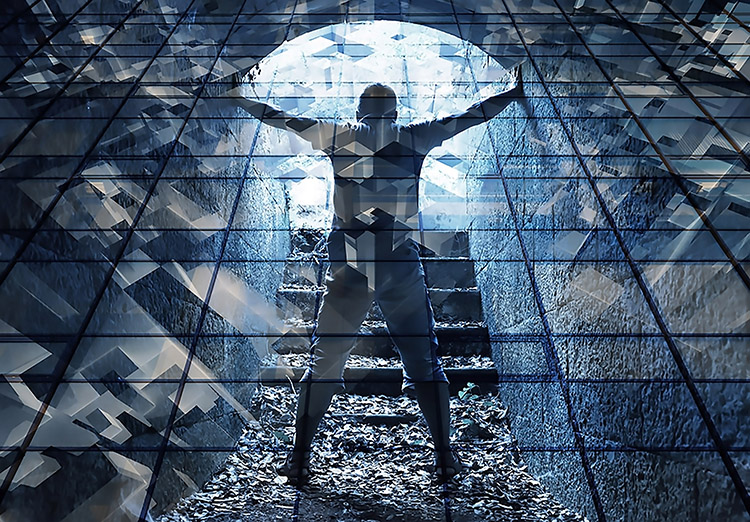 In L.A., almost half of all adults living with HIV are least 50 years old. Those growing older with HIV represent an important group that requires attention, care, and advocacy.

Mark is a typical gay male. At 51, he regularly exercises, works as a home health caregiver for seniors, and has a loving partner. In addition to his active lifestyle, Mark is also a long-term survivor living with HIV. In fact, he is one of many in Los Angeles, the United States, and globally who are getting older with HIV.

In L.A., almost half of all adults living with HIV are least 50 years old; in 10 years, 75% of all people living with HIV will fall into this category. Mark and those growing older with HIV represent an important group that requires attention, care, and advocacy.

When HIV first emerged, being diagnosed was a near-certain death sentence. But over the next three decades, new medications and treatment advances have turned living with HIV into a manageable, chronic condition. Those who became positive at the height of the epidemic now have the ability to live full and long lives with undetectable viral loads and strong immune systems. Those who are diagnosed today can be connected to an HIV medical specialist and provided treatment. In Mark’s opinion, surviving and having such qualified medical care means a lot. “Having met my own mortality early on, when I was given five years to live, I’ve been able to witness my own renaissance,” he says. ”I’ve surpassed those five years, and pressed on. I’ve made it to 51 years old. I’m considered a long-term survivor, and I feel called on to carry on the memories of those I have lost.”

Like many of those who made through the dark, early days of the epidemic, however, Mark is asking himself, “Now what?” He survived, but the future looks unpredictable for him as a person growing older with HIV. He’s not alone with his sentiment and he is perfectly justified. His worry, as well as the concern of many who are aging with HIV, is due to many issues.

Medically speaking, when we age, we are more likely to get age-related chronic diseases like type II diabetes, cancer, cardiovascular disease, and osteoporosis. If you are living with HIV, these diseases can affect you at an earlier age, and more severely. The burden of managing and taking care of chronic diseases alongside HIV can be a lot for anyone to physically handle. In addition, researchers are only just now qualifying and understanding the long-term impact taking HIV medications has on the body. So far, scientists have found HIV treatment is correlated to impaired liver and kidney function, bone fragility, and an elevated risk for a heart attack. All in all, our bodies are resilient and our immune system will do anything it can to stay strong and fight. But when we get older, that fight naturally weakens.

Psychologically, growing older with HIV also presents significant challenges.  These concerns come from primarily three sources:  survivor’s guilt, loneliness from not presently having a support network or community, and anxiety about an unstable and lonely future. Since many older LGBTQ individuals, regardless of HIV status, are more likely to live alone and not have children or close relatives, these feelings of loneliness are exacerbated. In fact, it’s Mark’s biggest worry about getting older with HIV and he is aware of being part of the larger group facing these issues. It’s very real,” he says. “Older folks with HIV typically don’t have a big support group. I see them alone, perhaps afraid of the future.”

Logistically, there other two major concerns for individuals who are aging with HIV—the first being financial stability. When first diagnosed, those with an employment history withdrew savings, went on disability, and prepared for death. But when the end did not come, they were burdened with expensive and unpaid medical bills, inadequate disability benefits, and no job. Many still struggle to re-enter the workforce after having been unemployed for long periods. In addition, they are afraid to get off of disability and lose the financial safety net they have.

Alongside financial insecurity is a second logistical concern—availability of affordable housing. Many people growing older with HIV are financially strapped and must rely on housing support services through programs like Housing Opportunities for People with HIV/AIDS (or HOPWA). Such programs typically have waiting periods of several years, leaving some individuals homeless and powerless in the interim. For Mark, the prospect of homelessness is “a death sentence to a senior with HIV.”

While HIV medical care is widely available in Los Angeles, providers are challenged with addressing age-related illnesses alongside HIV. Most doctors working in HIV care know how to manage the disease on its own, but there is a need for provider education on how HIV and age-related disease management is to be done in tandem. There already is a shortage of providers who are versed in HIV, in addition to few specialized in geriatric and older adult care. Ultimately, training doctors to be versed in both specialties will be crucial for whatever care guidelines are developed to help these people.

In addition, HIV-related stigma is still very much a problem in society, except now it comes alongside age-based prejudice, either separately or in tandem. In medical settings outside of HIV service organizations and major hospitals, where there may be less experience in dealing with LGBTQ or HIV-positive patients, older individuals with HIV can face the brunt of such stigma. Mark relays a story about visiting his optometrist during which the doctor wore gloves and a mask for protection, which was justified with a “just in case.” His experience is unfortunately not isolated. In 2012, a UCLA study that examining dental professional stigma toward those living with HIV/AIDS revealed approximately one out of 10 individuals would be likely to encounter discrimination by a dental practitioner in L.A. County if they revealed their HIV status. One out of 20 dental offices in LA County would actually refuse service to these people as well. This was found to be more likely in places like the San Fernando Valley and South L.A., areas with a higher population of people living with HIV. Mark’s experience, along with the findings from studies such as this one, show that the fear of stigma and discrimination is not unfounded and underscore the need for continued provider education on the subject.

Stigma, of course, is not limited to doctors’ offices.  Mark has experienced it in  gay bars, for example—where he’s been shamed for his age with people calling him “grandpa” disparagingly. He’s also been shamed for his HIV status as well, being told such things like “You’re poz? I can’t kiss you!” and asked, “Can I drink from this bottle if you put your mouth on it?” He attributes a lot of this to younger generations’ misconceptions of how HIV is transmitted (in turn, showing a need for continued health education about HIV), so he proactively teaches others about safer sex and HIV, rather than letting other’s indignation affect him. But it goes to show that even in LGBTQ spaces traditionally deemed safe, stigma is still a problem. And when combined with age-based shaming, those growing older with HIV can feel overwhelmed or depressed by such experiences.

Despite all these challenges and barriers, there is great potential for HIV service organizations and medical centers to examine their current service delivery models in order to be responsive to the specific needs of those getting older with HIV. APLA Health, for example, recently received a grant to explore what kinds of social service programs could be developed and implemented in L.A. to effectively support older adults living with HIV.  Through focus group discussions with HIV-positive individuals who are 50 years and older, and including such groups like gay and bisexual men, women, transgender women, heterosexual men, and those speaking Spanish as a first language, APLA Health hopes to paint a holistic picture of what it looks like to age with HIV, and understand the challenges this community faces with respect to health, service access and gaps, and unmet needs. This information will be used to educate health care providers, community agencies, and policymakers, in order to create a strategy for developing and implementing services to help those aging with HIV live healthy, fulfilling lives.

As members and allies of the LGBTQ community, we can all do our part to advocate and serve Mark and others who are growing older with HIV. These are people who survived one of the hardest times in our history and lived to tell the tale. Therefore, we have a community-wide responsibility to be aware of the concerns of this population and advocate for their continued livelihood.