LONG BEACH GETS ITS VERY OWN RAINBOW CROSSWALK | The Fight Magazine 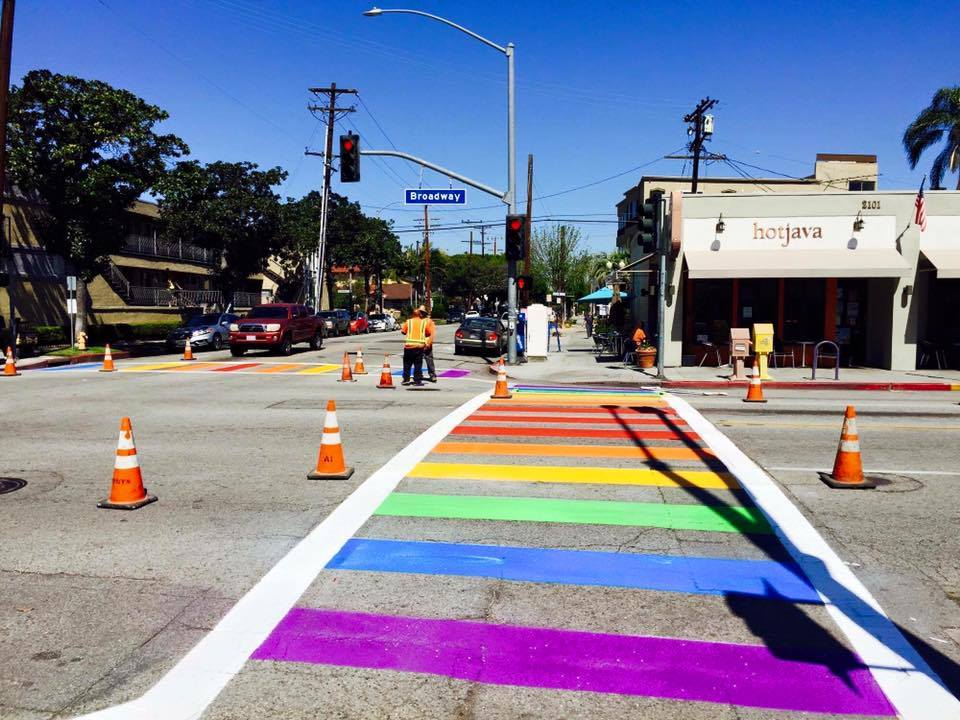 The city of Long Beach is getting their very own Rainbow Crosswalk as part of the city’s “Continental Crosswalks” program, to enhance pedestrian safety and recognize the LGBT community.

“We started painting these rainbow crosswalks today along Broadway in Alamitos Beach to kick-off Beach Streets this weekend and Pride in May,” a jubilant Long Beach Mayor Robert Garcia wrote in a post on his Facebook page, March 16.

The Beach Streets Downtown event offers a block party, concerts, a community festival, kid’s zones, food tasting and bands playing on restaurant patios. The Open Street event kicks off on Saturday, March 19, from 10am to 5pm. The Broadway corridor will be opened for walking, bicycling, skating and socializing. Expect street closures to vehicle traffic from Pine Avenue to Euclid Avenue.

The City of Long Beach is the fifth city to get the rainbow treatment in the U.S. Rainbow crosswalks have also been painted on the streets of West Hollywood, San Francisco, Sacramento, and New York.