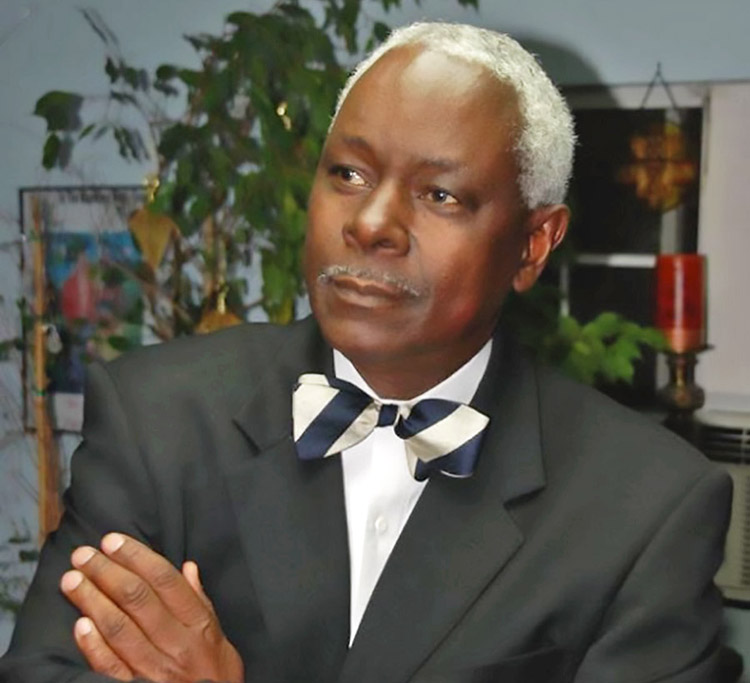 AIDS activist Elliot Johnson: “a man of depth and substance.”

Elliot Johnson, Chief Administrator of the Los Angeles County/USC Medical Center Rand Schrader HIV Clinic (5P-21) for over a decade, passed away last month of lung cancer at the age of 71.

“Elliot Johnson was a man of depth and substance,” says his close friend David Crittendon in an interview with THE FIGHT.

“He was very still, by that I mean composed in space and time. A dark handsome man, proud but not supercilious, firm with a controlling streak, yet modest and empathic.”

“As the AIDS crisis worsened, the 5P21 clinic, a ten room outpatient wing housed in the Medical Center became inadequate. In 1991, 5P21 moved into its own dedicated three story building handling 3500 AIDS patient visits a month, a case load higher than any other clinic in California. A majority of patients were Hispanic as well as a large African-American population that included women and children, many arriving for first treatment when the disease was already at full blown Stage 3. Elliot Johnson is credited with being a tireless advocate for the ill and dying, lobbying for the best medicines and protocols against indifference and hostility from political interests locally and nationally. Eventually, he and his medical staff prevailed, instituting interventions and treatment models that became templates for the nation and internationally.”

“Elliot lived with pain. He survived cancer over two decades ago. A reckless driver re-injured his damaged leg during his tenure at County-USC. Major heart surgery in 2015, followed by the cancer diagnosis that finally ended his life.”

“At his bedside I was often frustrated at his refusal of a kinder gentler option for his medical situation. He would rather endure pain than be fuzzy and unclear on pain meds! Elliot was not about relief. He was about standing for what he thought was his true path toward wholeness and completion.”