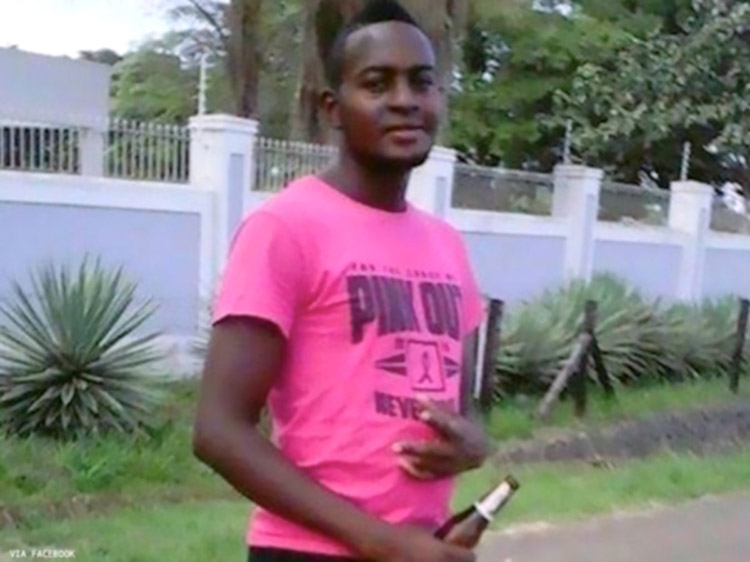 Either Kill Us Or Give Us Rights

A 26-year-old gay man in Malawi who came out this month was detained by police and has now gone into hiding. Meanwhile, a national politician called for the execution of all gay people.

In what is being heralded as an “unprecedented” move, a gay man in Malawi came out publicly on January 1, demanding the government of the small, southeast African nation either kill LGBT people or grant them full and equal rights, reported The Advocate.

But shortly after Eric Sambisa, 26, came out in an interview on Malawi’s Daily Times TV, he was detained by police, and has now gone into hiding, reports 76 Crimes.com a blog tracking the fight for LGBT rights in the 76 nations worldwide where being gay is a crime.

The story was also carried on the front page of the Malawi News with a headline reading “Gays Come Out Fighting: Kill Us Or Give Us Our Rights,” reported The Advocate.

In an article accompanying Sambisa’s video interview, which was broadcast on national television and online, The Daily Times reporter notes that he was also briefly taken into custody and questioned by police.

Malawi’s government continues to request substantial funding to fight HIV and AIDS, but fails to use that money to support the most at-risk communities, including men who have sex with men.

Homosexuality is technically illegal in Malawi, though lawmakers in 2012 suspended the section of Malawi’s Penal Code that prohibits “carnal knowledge against the order of nature,” attempts to commit such “carnal knowledge,” and acts of “gross indecency,” according to The Daily Times.

When the law was suspended—along with the sentences of two men arrested in 2009 for allegedly being engaged to each other—government officials said they would consider whether to repeal the colonial-era law according to the input of citizens. That review has yet to take place, reports The Advocate.

And Sambisa, who leads the Southern Region Rainbow Alliance, is tired of living in the shadows and being treated like a second-class citizen, he told the newspaper.

“We are also human beings, we are also taxpayers, we are also contributing to the growth of this nation so please, we should be included in whatever is happening in this nation,” he continued. “And I also want to give information to people in my community to say this is time to stand up and claim our rights—we have been in denial for a long time, we have been discriminated against for a long time—I think this is time for action.”

Sambisa and another gay man interviewed by the outlet, identified only as “Fortune,” expressed frustration that Malawi’s government continues to request substantial funding to fight HIV and AIDS, but fails to use that money to support the most at-risk communities, including men who have sex with men, reports The Advocate.

“We should get what is ours, we want our freedom; we want to be treated like everyone else,” Sambisa concluded.

Just one day after Sambisa came out, a national politician openly called for the execution of all gay people in Malawi, reports the Nyasa Times.

Ken Msonda, described as “a spokesperson and administrative secretary for the former ruling People’s Party,” took to Facebook on Saturday to demand the current ruling Democratic Progressive Party “clarify” its stance on homosexuality.

“Gays and lesbians are worse than dogs,” Msonda wrote, in what the Nyasa Times reported as a reference to Zimbabwean president Robert Mugabe’s frequent rants against gay people.

“Arresting them won’t address this problem because sooner or later they are being released on bail,” Msonda continued. “The best way to deal with them is to kill them! It is pathetic to see our media houses parading these dogs on TV and newspapers hiding behind human rights—human rights my foot! The devil has no rights!”