The LGBT media monitoring organization GLAAD (glaad.org) has listed their “Most Intriguing LGBT Characters” of 2015. Here is a partial list of last year’s (mostly) new LGBT characters that stood out from the crowd in television and film. 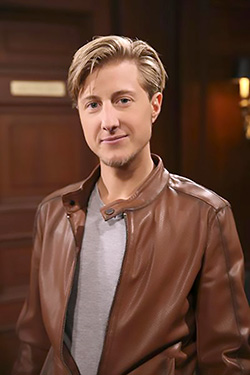 The Bold and The Beautiful

This spring, the long running daily drama The Bold and The Beautiful introduced a new storyline which included established character Maya Avant (Karla Mosley) disclosing that she is a transgender woman. In a special episode that guest starred trans models Carmen Carrera and Isis King, Maya’s boyfriend Rick Forrester proposed. The two were then married in a television first, with Maya’s friend Nick, a trans character played by a trans actor Scott Turner Schofield, performing the ceremony in front of friends and family. 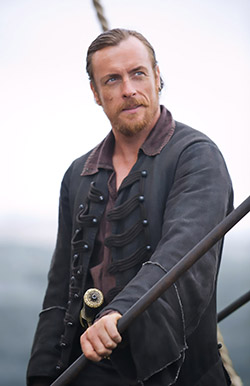 The Starz’ drama Black Sails focused on the backstory of series lead Captain James Flint (Toby Stephens) in the most recent season, including the reveal that Flint was previously in love with a man. Audiences learned that prior to becoming a pirate, Flint was an officer in the British Navy where he worked alongside the aristocrat Lord Thomas Hamilton. As the two worked on a plan to retake the Bahamas from pirate control, they fell in love. 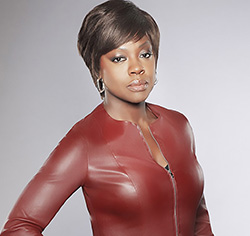 How to Get Away with Murder

The ABC hit How to Get Away with Murder continued to feature dynamic same-sex couples in the show’s second season. In the season two premiere, the show’s lead character Annalise Keating (Viola Davis) was revealed to have had a romantic past with Eve (Famke Janssen), a friend from law school. The disclosure of Annalise’s bisexuality was treated as a non-issue, encouraging viewers to simply accept it as an unremarkable fact. In a groundbreaking story on the series’ spring finale, tech wiz Oliver Hampton (Conrad Ricamora) was diagnosed as HIV-positive and subsequent episodes have included he and his boyfriend Connor (Jack Falahee) discussing the HIV prevention medication PrEP (Pre-Exposure Prophylaxis) and establishing guidelines for their romantic relationship. 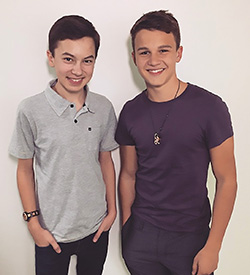 ABC Family’s (soon to be Freeform’s) The Fosters is the network’s most LGBT-inclusive series with seven queer characters, including the youngest member of the Adams-Foster clan, Jude (Hayden Byerly), and his boyfriend Connor (Gavin MacIntosh). The two broke new TV ground when they shared a kiss in an episode this spring. 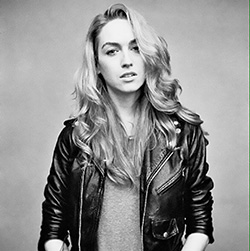 Over the summer Netflix premiered the new sci-fi drama Sense8, co-created by Lana and Andy Wachowski. The series follows eight strangers around the world who suddenly learn that they have a mysterious connection which allows them to access each other’s experiences, skills, and emotions. The pressure is on to find answers as they are being hunted down by a mysterious organization that is determined to silence them. The sensate group includes hacker and blogger Nomi (Jamie Clayton) who happens to be a trans woman, and closeted Mexican telenovela and film star Lito (Miguel Angel Silvestre). Nomi’s girlfriend Amanita (Freema Agyeman) is brought in on the secret and works to help the group find answers, while Lito struggles to hold on to his boyfriend Hernando (Alfonso Herrera). Sense8 is currently filming a second season to premiere on Netflix in 2016. 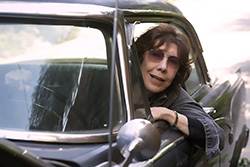 Out actress Lily Tomlin has earned rave reviews for her role as Elle Reid in Grandma, her first leading film role in 27 years. Elle is a lesbian poet coping with the death of her long-term partner. As she suddenly ends a four-month relationship with a younger woman, she receives a visit from her 18 year-old granddaughter Sage who has found out she is pregnant and needs money for an abortion. The two embark on a road trip to come up with the money, including a visit to Elle’s close friend and tattoo artist, Deathy, played by Laverne Cox. Elle is hilariously acerbic and misanthropic, but still feels very real and relatable. Tomlin was nominated for a Golden Globe in Best Actress – Motion Picture Comedy or Musical for her work as Elle. 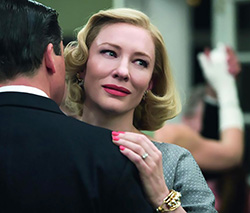 Based on Patricia Highsmith’s novel The Price of Salt (with screen adaptation by out writer Phyllis Nagy), Carol explores lesbian sub-culture of the 1950s through the relationship between Carol (Cate Blanchett) and shop girl Therese (Rooney Mara). Blanchett and Mara capture the emotional clarity of first love, but also the loneliness of not being allowed to be out about their love. With Carol in the middle of a messy separation and custody battle with her affluent husband, and Therese working as a department store clerk with a passion for photography, their apparent differences in class and background present an interesting backdrop against which their love blooms. Carol, which has picked up several awards nominations, is available in theaters now. 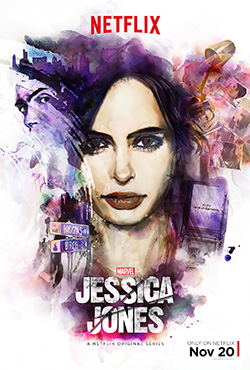 Marvel’s Jessica Jones premiered late last year to critical acclaim with audiences excited for a female-led superhero series. The series is the second of four created by Marvel and Netflix which will eventually lead to a crossover miniseries. Jessica Jones follows the titular former superhero, who possesses super strength and jumping abilities, as she tries to get her life back in order after being under the mind control of the notorious villain Kilgrave. Jones opens a PI business and is frequently hired by high powered lawyer Jeri Hogarth (Carrie-Anne Moss) to get answers when no one else can. As the season unfolds, viewers get to know Jeri and learn that she is in the middle of a messy divorce from her wife Wendy and in a relationship with her secretary Pam.