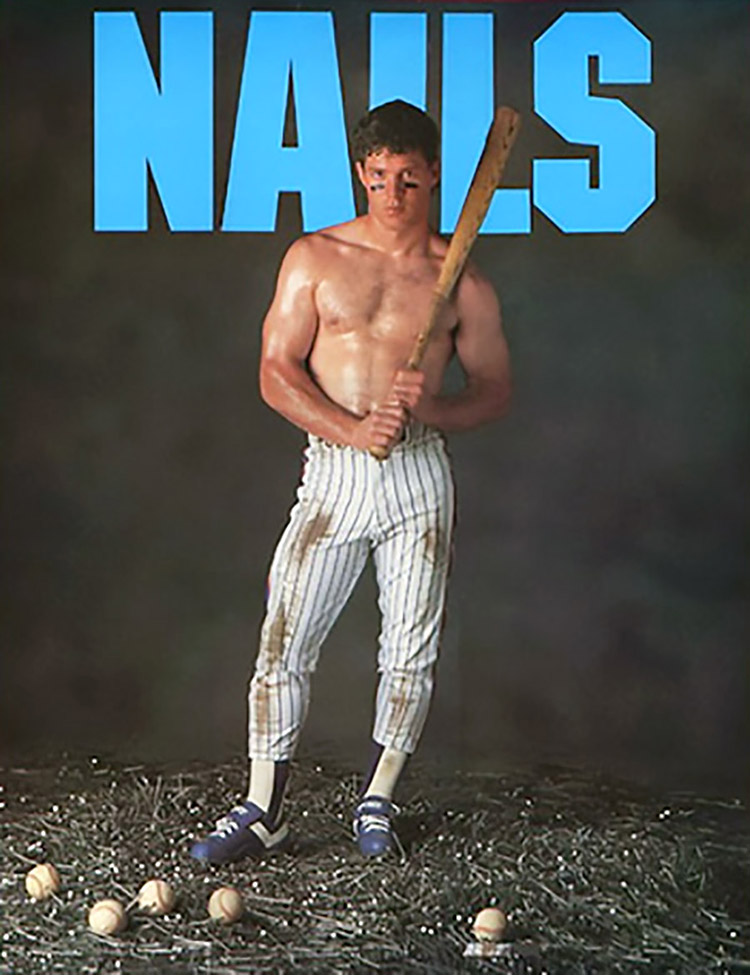 Lenny Dykstra, the Met’s right fielder back in the 1990s, paid private eyes to investigate umpires. He discovered a few gay ones, and blackmailed them into calling a narrow strike zone, which in turn allowed him to lead the national league in bases on balls.

Here’s a little tidbit extracted from the Atlanta Journal Constitution the other day about a small focus group in Indiana. By the way, I cannot stand political focus groups with their smarmy moderators and self-important participants, encouraged to believe that their clueless pronouncements exemplify a larger electorate truth. Obama was born in Africa? Immigrants are criminals who drain our entitlement programs? Clinton could have prevented Benghazi? The earth is 4,000 years old? It’s a good idea to preemptively bomb Iran? I hate when news anchors nod their heads after a segment on focus groups.

“Thanks Tim. Interesting reactions from the voters down there.”

No, their reactions are not interesting. They are moronic. That said, with no sense of irony, I will tell you that a focus group in Indianapolis by Peter Hart of The Annenberg Focus Group found that even extreme Republicans think the issue of marriage equality is decided and that candidates should drop the subject. Of the dozen group members, all but one were described as “hard core” and eight of them told the moderator that their party should “just shut up” about marriage and move on to other things. And yes, naturally the group supported Trump and Carson. This while acknowledging that they weren’t sure exactly what Trump or Carson’s policies might be.

Think about it. When conservative Republicans give up on gay bashing, we’re doing pretty well.

By the way, political junkies out there should know that the aforementioned group’s main beef was with the far right members of Congress who talked the talk but never walked the walk once they got into office. Do any of these tea party types ever notice that they and their representatives remain a fringe minority in Washington, do not speak for the much ballyhooed “American people,” and thankfully do not have the clout to impose their deranged policies on anyone else?

Moving along, here’s a story only baseball fans could love. Anyone remember Lenny Dykstra? I knew you wouldn’t. The man was the Met’s right fielder back in the 1990s, before retiring and serving time behind bars for bankruptcy fraud and theft. A real jerk. Now we learn that Dykstra kept a slush fund of half a million dollars that he used to pay for private eyes to investigate umpires. He discovered a few gay ones, and blackmailed them into calling a narrow strike zone, which in turn allowed him to lead the national league in bases on balls. “It wasn’t a coincidence I led the league in walks the next few years,” he told a sports reporter. “I had to do what I had to do to win and support my family.”

That’s like saying you “had” to cork your bat, you “had” to steal signs or you “had” to put a toxin in the opposing team’s water supply. Meanwhile, speaking of Mets, Mr. October, Mets second baseman Daniel Murphy, is on record as antigay.

“Maybe, as a Christian, we haven’t been as articulate enough in describing what our actual stance is on homosexuality,” said Murphy. “We love the people. We disagree with the lifestyle. That’s the way I would describe it for me.”

Huh? Among other things, Murphy reflects the increasing tendency for public figures to mangle the English language. Rachel Maddow and others creamed House Majority Leader Kevin McCarthy last month for his incoherent blather on foreign policy, a descent into a grammatical abyss that made George W. Bush sound like Barbara Jordan. I just heard him “speak” again a few days ago, and he seems to have learned nothing from the backlash, garbling a mix of sentence fragments and non-sequiturs and abandoning key connections between subject, verb and adjective.

The other thing is that Daniel Murphy is a judgmental man. Not only do I want his team to lose, but I want him to go hitless because I disagree his opinion.

Let’s see what else we have to discuss. I was struck to read that Pat Robertson said the High Court’s marriage decision was “only” an opinion, and that state laws against marriage equality remain in force. Really? Back in July I gather the avuncular lunatic warned us that “love affairs between men and animals are going to be absolutely permitted.”

We’ve all read versions of the slippery slope arguments, but I’ve never heard the threat of legalized bestiality expressed in such anthropomorphic terms. It’s as if someone fighting against affirmative action insisted that we’ll soon be obliged to let animals go to college. Or maybe the bans on discrimination in public accommodation will someday force a baker to take a cake order from a squirrel. Lots of nuts please Mister.

Speaking of anthropomorphism, I also read about women who plan to have dolphins aid them in childbirth in the open sea. Google it! People do this, or more accurately, discuss doing this, and there’s even an official dolphin blessing ceremony involved in the process. One article, a Newsweek piece headlined: “Dolphin-Assisted Childbirth is a Bad Idea,” noted that the ocean is filled with bacteria and other bad stuff, and that dolphins, for all their intelligence and charm, are unpredictable wild animals. “It’s also conceivable,” the author added, “that another sea creature—such as a shark—could try to ‘help.’”

Another story on the subject, this one titled “Dolphin-Assisted Birth. Possibly the Worst Idea Ever,” had comments at the end. My favorite: “We have something like this in Canada. It’s called polar bear-assisted birth. This might explain why Canada has one tenth America’s population.”

You know what everyone? It seems as if it might be okay for our community to return to Chick-fil-A. Hear me out.

I was just reading about how the chicken shack is sponsoring a gay film festival, and I recognized that indeed, I’ve been reading over the last few years about numerous other pro-gay gestures and policies advanced by the company. You recall that we all boycotted Chick-fil-A after CEO Dan Cathy told the Baptist Press that he opposed marriage equality in 2012. We even staged a nation-wide kiss-in at Chick-fil-A franchises (although at the one I went to, several of my gay brothers missed the point by ordering food while waiting for the speeches).

But it may be that our protests had an effect. “Every leader goes through different phases of maturity, growth and development and it helps by (recognizing) the mistakes that you make,” said Cathy after the hoopla died down. “And you learn from those mistakes. If not, you’re just a fool. I’m thankful that I said lived through it and I learned a lot from it.”

Now, our roles have been reversed with the religious far right, who have started some petition against the company and are calling for a boycott of their own.

“Shame on you, Dan Cathy,” wrote conservative blogger Geoffrey Grider. “Christian Americans stood by you and Chick-fil-A every step of the way back in 2012 when you were persecuted for taking a stand for Jesus Christ. But we will not stand with you on this. No sir. One of my favorite places to get lunch is at one of your restaurants, but that can and will change.”

I was pretty smug during our boycott, given that I had never eaten at Chick-fil-A and never wished to. But I was struck at the time by an essay from a gay man who adored their chicken sandwiches. His mouth-watering description of the pleasure they gave him was so evocative that I had to stop myself from running out to get one. And, I admired his sacrifice, for indeed he pledged to forego his habit.

Under the circumstances, however, I think I’ll stop at the next opportunity and try one. Boycotts don’t have to be forever.