Winning Over Hearts And Minds | The Fight Magazine 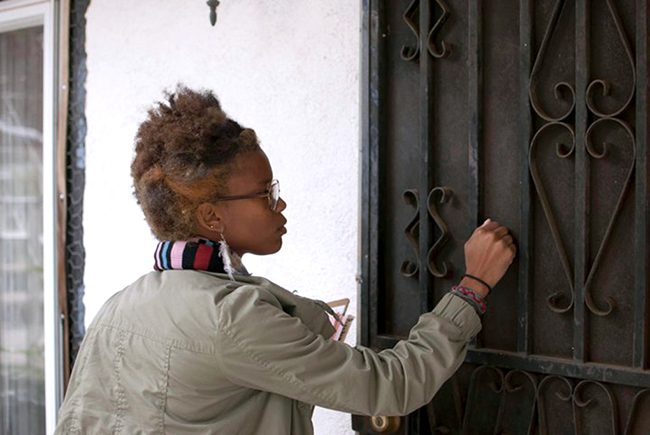 It’s possible to lastingly persuade conservative voters to support a controversial issue like marriage for same-sex couples—and at a greatly accelerated rate compared to their neighbors -according to groundbreaking data published in last month’s issue of the peer-reviewed journal Science.

The 12-month study also shows how the Los Angeles LGBT Center’s voter persuasion methods reduced anti-gay prejudice and may have the potential to reduce other forms of prejudice.

The independent researchers who led the study found that the Center’s LGBT canvassers changed the minds of conservative voters to support marriage for same-sex couples five times faster than their neighbors who were evolving on the issue. More than that, the doorstep conversations had a long-lasting, measurable impact on reducing the voters’ prejudice against LGBT people and had a “spillover effect,” changing the minds of others in the same household.

Over five years, the Center’s Vote for Equality staff and volunteers had more than 12,000 one-on-one conversations in Los Angeles neighborhoods that overwhelmingly supported Proposition 8, the California ballot measure that repealed the freedom for same-sex couples to marry.

“The data show that in 20 minutes, the Los Angeles LGBT Center’s volunteer canvassers accomplished what would have otherwise taken five years at the current rate of social change,” said Dave Fleischer, director of the Center’s Vote for Equality and Leadership LAB programs. “How did we do it? Our team had heartfelt, reciprocal and vulnerable conversations on the doorsteps of those who opposed marriage for same-sex couples, and volunteers who were LGBT came out during their conversations.”