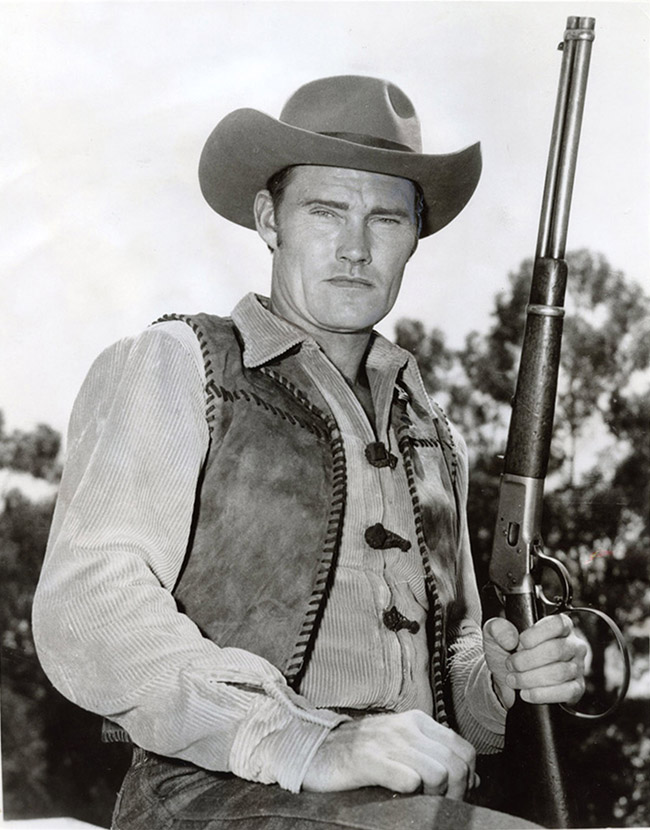 With LA Leather Pride coming up in March, Mark Ariel chats with Dave Rhodes, the founder, publisher and Editor-In-Chief of “The Leather Journal,” the Leather/BDSM/Fetish Community Publication of Record. Excerpts from the conversation below.

I am a man who loves masculine men and masculine scenarios. This reflects in what I read, what movies and television programs I watch and those with whom I connect.

As for my definition of leather—I see it as a broad range of things, not just actual cowhide. It is an attitude and a feeling, an attraction to certain types as mentioned above…

I love the natural scent of men—that is part of my leather essence. The first attraction I can remember was of Chuck Connors, lead character of The Rifleman television series circa 1960. There was strong masculinity there. It was a natural attraction. Nothing was contrived or placed in front of me as a suggestion—overt or subliminal. It is still that way now—and it is still as intense a craving as it was then. 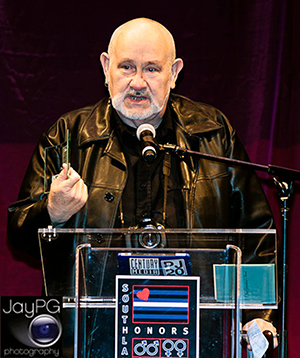 I was born in Portsmouth, Virginia. My father was in the Navy and we moved due to his transfers. We lived in Newfoundland, Canada, in St. Johns and Argentia where I started school. I was advanced a grade as I was ahead of my age group intellectually. We moved back to the United States and then soon came to California, in 1958, where I’ve lived ever since…

Back in 1987 I worked at Frontiers [an LA-based gay magazine] as their advertising director. During that time a close friend of mine, Louis Jay, and I dreamed up the idea of a “Leather News Magazine.”

We wondered if there could be something centered around news and events with a club directory where people nationwide could make contact. We wanted to educate a greater number of people about what was already around them. While Drummer [a now defunct gay leather magazine] met just about every need imaginable, we needed news and a community-wide method of contact…

Issue one of “The Leather Journal” hit newsstands on May 1, 1987. We worked on it during off-hours—with the blessing of Frontiers publisher Bob Craig, himself a Leatherman.

Up until then, much of the news was presented with the intent to tantalize. We wanted to put out something like what the real world had, and eventually become a publication of record, which we did in relatively short order…

The growth of The Leather Journal was amazing. The clubs really loved it because they had a way to get their information out to the world and they could find out about clubs elsewhere.

To me, being a part of the Leather community is an attitude. If I never saw a piece of cowhide in my life, my attitude would still be the same. I have an attraction to kink and those who are into it. I am clearly on the submissive side as I can barely even fathom myself as a dominant. Dominance/submission; pain and bondage for pleasure and fulfillment. I believe that this is a natural order of things for some people and I am one of those people…

I could be completely nude and still be a Leatherman. I can service and submit to a man in the most expensive and prestigious Leather one could purchase from the world’s most famous leather artisan or nude and be humbly servile in his presence.

There is an effort in the Leather community to bring in new blood. While many allude to those younger age-wise there also are those who are young experience-wise. In general, key word general, people develop aspects of their sexuality after they have dealt with their sexual orientation—gay lesbian, bisexual, transgender. The questioning factor here is in determining where one fits after that.

There are many educational organizations out there. I am a member of Avatar Club Los Angeles which is based on teaching. Young gay men who have just come out begin their exploration with us. Many older folks also come to Avatar. The 40 year-old man who has not dealt with his kinky side can be just as green and vulnerable as the 20 year old who has bolted out of the closet and exploded onto the scene.

I know of several individuals who teach at colleges around Southern California on Leather/BDSM/Fetish. Their presentations are not full courses, but are brought in to speak to classes as guest speakers.

One of the reasons that the Leather community has organizations is to protect people from being exposed to predators who only have their self-interests at heart, to the detriment of the new and eager. That goes back to the earliest days of organized Leather.

My advice to those reading this who are considering exploring Leather is to contact one of the established organizations, speak to one of the titleholders who are wearing a title patch and ask where they can find out more. This patience may not make sense to a young man with raging hormones, but it may be one of the most important acts of patience in that man’s life—not just safety-wise, but also because what awaits can be a rich and rewarding life with plenty of good friends.