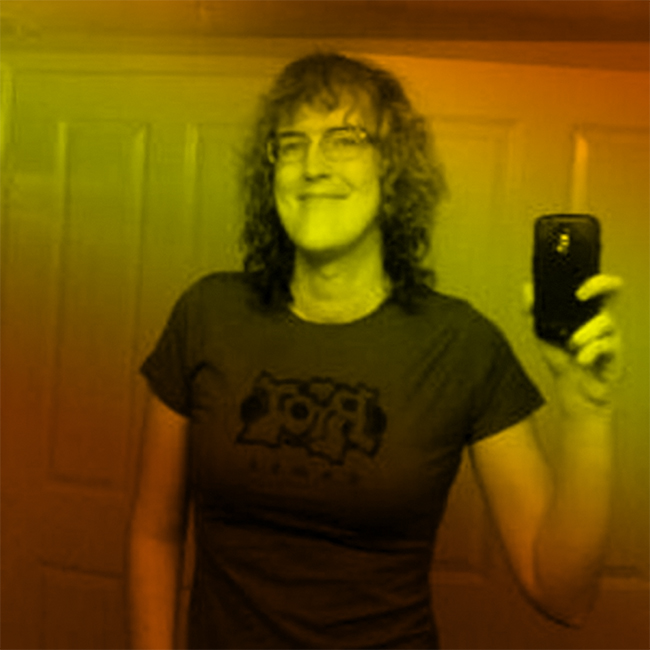 “It’s been long and brutal and full of a lot of tears and angst and it’s finally coming to a close.” Kate von Roeder, a 27-year-old local transgender woman, ended her life on Oct. 1.

With the annual Transgender Day of Remembrance coming up this month on Nov. 20, the transgender community and their supporters will gather to honor those who have died due to violence against transgender people. While the majority of names read aloud during the ceremony died at the hands of others, at least one person died at her own hand.

Twenty-seven year old, Colorado native Kate von Roeder, a transgender woman who worked as a software engineer at Talenthouse in West Hollywood, ended her life on Oct. 1. A lover of gaming and poker, von Roeder had just started the job in late February, according to her Facebook page.

In her suicide note, which she posted on Facebook, she announced she had purchased a shotgun and had been planning her suicide for some time.

“It’s been long and brutal and full of a lot of tears and angst and it’s finally coming to a close,” read her Facebook posting. “10 days ago I purchased a shotgun and today, after the required California waiting period, I picked up that shotgun. A few of you have seen me offer up countdowns and references to October 1st at around noon; that was my nod towards this outcome.”

The suicide posting, which mentioned she had suffered from depression for 19 years, explained that transitioning from male to female was a daunting struggle.

“I shouldn’t have done it,” she said of transitioning. “Not because I’m not trans, but because I didn’t have a fraction of the personal strength to succeed at it, unlike some of the amazing trans people I’ve been privileged to know.”

She mentioned physical struggles of heat sensitivity and recent hair loss as well as “mental pain,” saying “I can’t even look at myself in the mirror.”

Von Roeder said she was scared to kill herself, but she hoped it offered something better. “It beats living day after day trapped in my own misery,” she wrote. “It beats being exhausted… All the time.”

Friends reading her Facebook post pleaded with her not to do it, but by the time they were seeing it, she was already gone. They contacted the police who went to her home, the address found from records for the gun permit, and confirmed her death.

Von Roeder’s Facebook posting has been shared 730 times, people around the world who never even knew her, mourning her tragedy. Her suicide also highlights a fact that while gays and lesbians are three times more like to attempt suicide than their straight counterparts, transgender people have an even higher rate of suicide attempts.

Gina Bigham, a transgender woman working as a coordinator for transgender services at the Los Angeles Gay and Lesbian Center, acknowledges that transitioning to the opposite sex is an awkward, confusing time.

“It’s like a second puberty,” says Bigham. “You go through so many emotional changes as well as physical changes. It’s quite dramatic.”

The process can be especially frustrating for those transitioning from male to female.

While transgender men take testosterone and can begin seeing facial hair develop in just a few months, transgender woman have a much longer process because they are taking female hormones as well as drugs to suppress the testosterone naturally occurring in their bodies.

“You’re not seeing the results you want as fast as you want,” says Bigham. “Your body is reshaping itself and that can be a slow process. You’re almost predisposed to depression while transitioning.”

Adding to the potential depression are the fantasies and expectations people have about how much better their lives will be once they transition.

“We can build a ‘pretty picture,’ in our mind of how great things will be,” says Bigham. “It’s only natural, but those fantasies can lead to disappointment. If someone has this vision in their head that they’re going to take these hormones and wake up the next morning and look like Marilyn Monroe, how can they not be disappointed?”

“We’ve got a struggle ahead to achieve equality,” she says. “We’re about the same point the gay community was 30 years ago. But we will make it.”

On a personal level, she says finding support is essential for living as a transgender person.

“You can’t do this alone. Support from other people in the community is by far the number one thing that is going to get you through this,” says Bigham. “And I’m not talking about on-line support. I’m talking about face-to-face, human contact. There’s something to be said for human interaction and being able to meet people who are going through the same thing you’re going through. When you know someone has your back, someone who understands, it takes the edge off of so many things, it becomes less daunting.”