At what point are we allowed to stop coming out and just be ourselves? 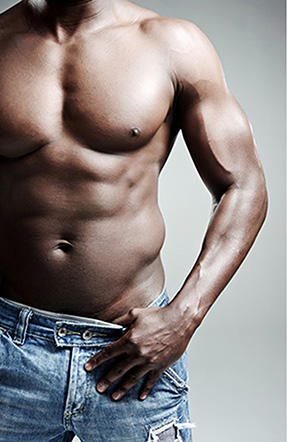 > Like many gay men of this health-conscious and perpetually fit generation, I hit the gym on a regular and damn near religious basis, though I never really thought it would be a place where I’d have to come out of the closet… until I did.

The thing about my gym is that it is neither a hotbed of man on man activity, nor is it a lunk fest with homophobic meatheads that you’d be afraid would throw a weight at you if you were caught staring just a bit too long.

In short, it’s filled with regular guys of varying fitness levels that see each other on a regular enough basis to be friendly and have a couple of chuckles in between sets. That’s not to say that there are no gay men at my gym. Trust me, gay knows gay, and there has been more than one that passes through the ranks.

It is a space that is soaked in testosterone and maleness, but not in the overtly sexual way that can easily happen when same-sex orientation comes into play. I notice men noticing me, yes, but most of those men are so obviously, hopelessly straight that their admiration of my muscles is strictly aspirational. My arms are more of a feature that they’d want on their bodies than wrapped around them. Besides, I’m not really sure if they know that I’m gay.

I am about as out as out can be in my personal and professional lives, but the gym is a different thing entirely. It’s not that I’m closeted in the gym, it’s just that the subject of my sexuality never really comes up. Or at least, it didn’t for quite some time until it did in the most innocuous way.

If you’re using the same gym at the same time of day for an extended period of time (and aren’t intimidated by straight men), you’ll start to make workout buds. These are people who you will never see outside of the gym, really, but will engage in a regular basis about supplements, workouts and fitness related issues.

Every once in a while, they’ll start talking about personal life stuff, and one day my workout bud “Dean” started to do so.

Dean is a 6’3 caramel-skinned stud that would occupy every second of my fantasies if I were not at least a decade beyond having anything more than a passing thought about a straight guy. Unsurprisingly, Dean has no problems getting women. Every so often, he’d regale me with stories of his various women issues without ever really wanting feedback until one day, he added a “you know what I mean, man?” to the end of his story.

Well…no, I didn’t. I stood dumbly holding the weight in my hand, unsure of how to proceed. I can recite story after story about the nutty homosexuals of NYC that I’ve dated for hours, but my experience with the opposite sex is fairly limited. “Hmmm,” I said. “Nope, I don’t know because I date guys.” At this, he crinkled his nose a bit, answered with a simple “Oh,” and finished his story about how crazy the latest girl was.

For the hundredth or so time in my life, I’d just come out, but this time around it didn’t feel like a big statement so much as a fact of life.

Nothing really changed between Dean and I, nor did I expect it to. Our relationship stayed pretty much the same and we continued to exchange workout tips and brief talk, though I did notice that the girlfriend talk stopped. Maybe it was because he knew I couldn’t really relate. Or maybe it was because he wasn’t quite ready for me to reciprocate by sharing my own crazy guy stories.

We gain an immeasurable amount by coming out and living our lives openly, but I’d wager to say that, yes, we give something up as well. I’m not talking about perceived heterosexual privilege, I’m talking about the ability to just be without the mental gymnastics that go into making a revelation about yourself in between 200lb deadlifts.

The privilege of having people assume that you’re straight comes with the burden of having to come out more often, and I wonder sometimes if it’s worth it.

I wonder sometimes if my life would be easier if I just took accepted that perceived heterosexuality and saved myself those awkward beats that happen whenever I come out in a situation like the one with Dean.

Since that life is one I’ll never know, I just keep going and keep coming out over and over again from the endless closet door which is like looking into a mirror that infinitely reflects the same image. I’ll just continue to wonder when, if ever, the coming out ends.