The Road To IML | The Fight Magazine 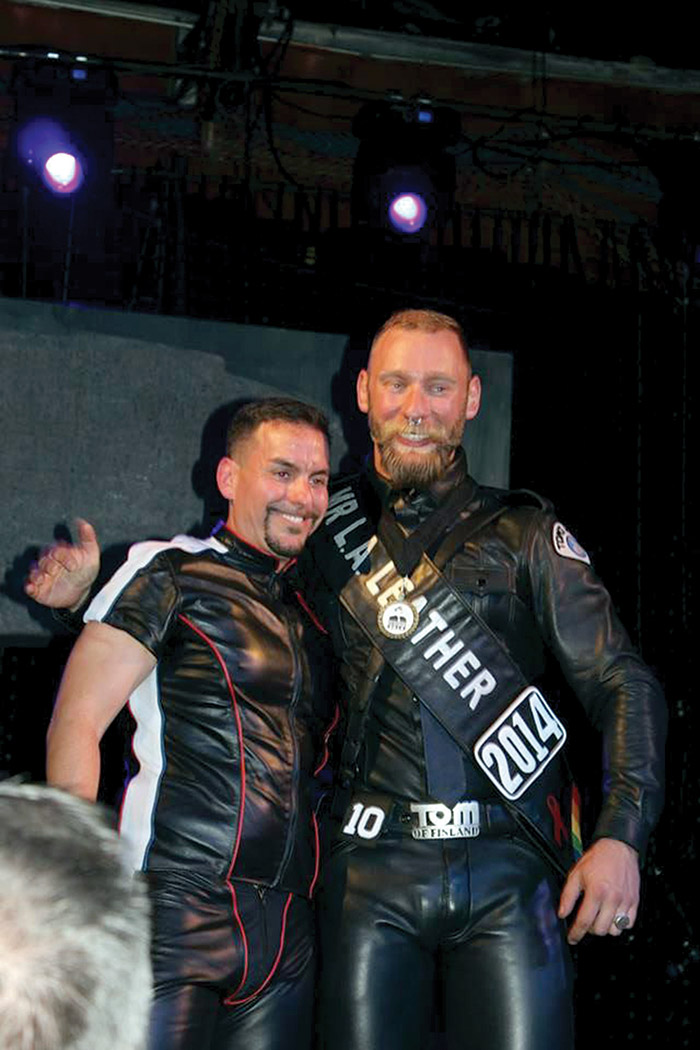 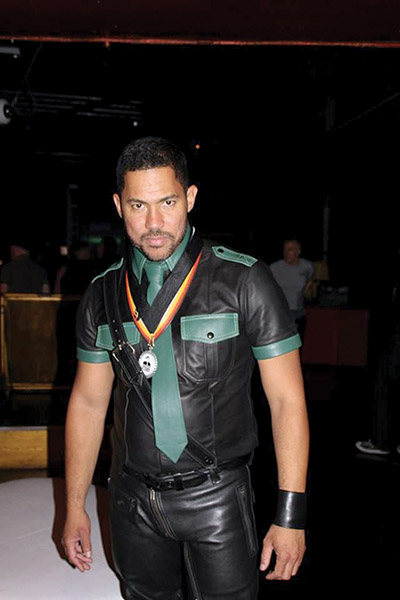 Eric Paul Leue, the newly sashed Mr. L.A. Leather 2014, will compete at International Mr. Leather (IML) at the end of this month.

PHOTOS AND TEXT BY PAULO MURILLO

After weeks of intense, excruciating, nail-biting anticipation, Eric Paul Leue, 27, Eagle LA Mr. Leather, was awarded the title of Mr. L.A. Leather 2014, at Circus Disco at the end of March this year. Leue will now go on to compete at International Mr. Leather (IML) following his Los Angeles win. IML is an international conference and contest of leathermen that’s been held annually in late May since 1979 in Chicago, Illinois. Fifteen Los Angeles Mr. Leather title holders have competed at IML, with two actual wins – one by title holder Guy Baldwin in 1989 and another by Mikel Gerle in 2007.

The purpose of the International Mr. Leather (IML) contest is “to identify an individual who can represent the world of radical sexuality for a period of one year and not be destroyed by the process,” states author, activist, and Leather Hall of Fame inductee, Guy Baldwin, in an interview with THE FIGHT. “There is no way I could begin to summarize what is in store for Eric Paul Leue, because each person who competes for IML has a different experience,” explains Baldwin. “There will be 50 or so men who will go through what I have come to refer to as the velvet meat grinder, which is what I think about IML,” Baldwin reveals. “The range and variations you’ll see on the IML stage is tremendous.  You get people who put leather on once a year, just because they think they look hot in it and you get people who live in it, 24/7.”

“I’m not just talking about the material itself.  I’m also referring to a lifestyle,” says Baldwin. “People need to remember that the word is a euphemism.  It doesn’t always literally mean the material.  It also refers to a kind of outlaw sexuality as well.  And an increasing numbers of young guys are discovering an interest in broader ways to express themselves sexually.”

People need to remember that the word [leather] is a euphemism.  It doesn’t always literally mean the material.  It also refers to a kind of outlaw sexuality as well.  And an increasing numbers of young guys are discovering an interest in broader ways to express themselves sexually.

“Eric is the epitome of the Tom of Finland man,” opines Leue’s mentor, Daddy Don, Los Angeles Mr. Leather 2002. “I think he has what it takes,” states Daddy Don confidently. “We’re working to help groom him to get him prepared. I like to use the old verse, we’re bridge builders. In effect, a lot of the things we’ve dealt with, we can build bridges to help other people have an easier path.” At age 27, Leue is a younger LA Mr. Leather titleholder. “I was 47 when I competed,” says Daddy Don. “We see the emergence of a new guard.  Kink fetish is coming in and they’re carrying their own.  They’re wearing uniforms, they’re wearing neoprene, and they’re wearing sports gear. I think just from that perspective, it’s so powerful, because young people are coming into the leather community in droves. They’re carrying their own ideals.”

Gabriel Green competed against Leue and came in second, as first runner-up – weeks before his 37th birthday.  While Green was not the youngest contestant at the competition, he’s a newbie in the leather community. When Green was asked to compete at the Mr. LA Leather Bear feeder contest he decided – on a whim – to go for it. He won the feeder contest and later found himself standing on the same stage with Leue.  “This was a perfect opportunity to learn something different and be a part of something that was out of my scope,” Green tells THE FIGHT.  “I have experienced a whole new world of amazing and loving people in a community that I otherwise would not have had.”

According to Andy Cross, International Mr. Leather 2013, young guys are not new on the IML stage.  “There have always been young guys competing at IML,” says Cross. “It’s always great to see a mix of people from different generations in a contest because each brings their own unique perspective on – not only how leather has affected them personally – but also on their view of the community as a whole.” Cross says age is not a factor at IML.  “The judges are more interested in who the man is, rather than what year he was born. I guess a lot of people probably think that being younger is an advantage because it seems sexier to have a young, hot guy as the winner, but that isn’t the case.”

Some community members have condemned Leue and blamed his youth for the controversy he stirred up last month when he started a petition asking for the removal of President and CEO of AIDS Healthcare Foundation (AHF) Michael Weinstein, after Weinstein called the Pre-Exposure Prophylaxis (PrEP) drug Truvada a “party drug.” While some see Leue’s attack on AHF misguided and irresponsible, others in the leather community commended Leue’s stand against the leadership at AHF. “I believe that the current leadership at AHF is not open to the realities of 2014.  They are running things like its 1992 and Eric is shedding a light on that,” Mikel Gerle, International Mr. Leather 2007, told THE FIGHT. Gerle states that he is confident Leue will do well at IML. “He’s committed to making a difference.  He appears to want to make the world and the community a better place.”