Proud To Serve | The Fight Magazine 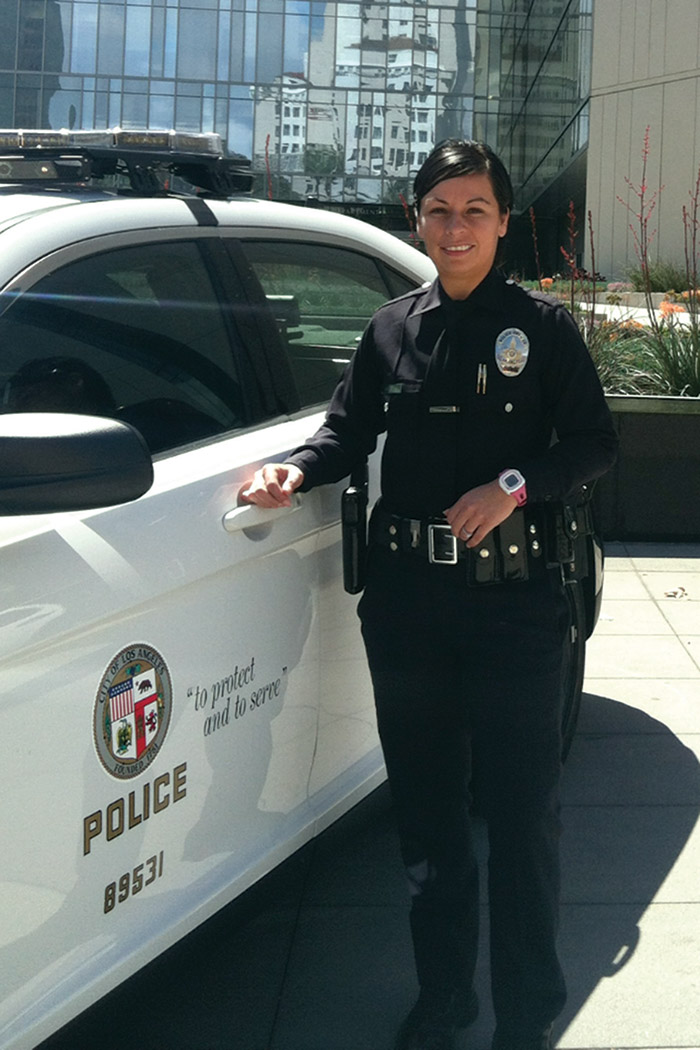 Being gay is no longer looked at as being taboo,” states Officer Nuria Vanegas, adding that her experience as a lesbian officer in the LAPD has been “nothing but positive.”

In today’s world, “equal equality” in the workplace is no longer confined to the equality of men and women, but there is also a growing acceptance of equality amongst sexual orientation – a growing acceptance of lesbian, gay, bisexual, and transgender groups. Law enforcement agencies look to fill their ranks with diverse groups to better reflect the population that they serve.

Growing up in the City of Los Angeles, Officer Nuria Vanegas was inspired to create change through servicing and mentoring the public. As a child, Officer Vanegas first-handedly witnessed crime and violence: both her mother and brother were robbed at gunpoint and her family’s home was burglarized on three separate occasions in one month. By joining the Los Angeles Police Department, Officer Vanegas strives to not only enforce and protect others, but also to mentor others to help them stay out of trouble.

As a police officer, she has the authority to put those who commit crimes in jail to keep the community safe, and more importantly, she has the opportunity to positively impact people’s lives by mentoring young men and women in the community.

Furthermore, as member of the LGBT community, Officer Vanegas says she is proud of how much the Department has changed over time and is open to diversity and accepting of diverse sexual orientations.

“Being gay is no longer looked at as being taboo,” states Vanegas, adding that her experience as a lesbian officer in the LAPD has been “nothing but positive.”

Law enforcement requires that individuals who serve the diverse community are empathetic and as diverse as the community they serve. It is a field that not only respects and promotes individuality but also requires diversity. Being a member of a minority group does not limit your ability to become a law enforcement officer or hinder your chance of career success.