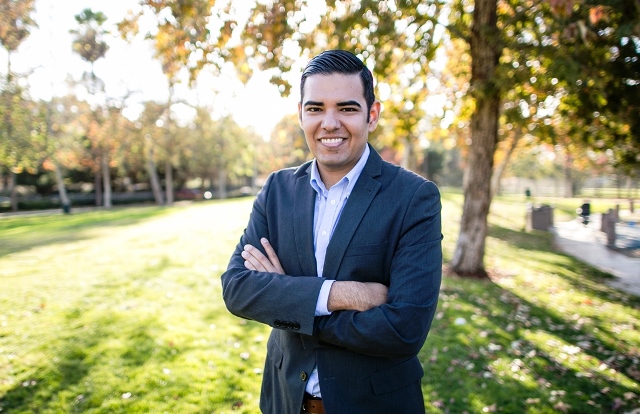 Openly gay vice Mayor Robert Garcia, tightened the race to becoming the next mayor of Long Beach in the runoff elections on June 3.

Garcia emerged as a top candidate in unofficial votes on Wednesday, April 9, and will face real estate investor and former NFL player Damon Dunn who came in second.

Garcia was born in Lima, Peru. He came to the United States with his family on a visa when he was 5 years-old, and they immediately began the process of obtaining permanent residency and citizenship.  He took the oath of citizenship in the early 90’s.

If elected, the college professor and member of the California Coastal Commission would become the city’s youngest, at 36, the first Latino, and first openly gay mayor.  Garcia is being endorsed by departing Mayor Bob Foster and the Press-Telegram newspaper.