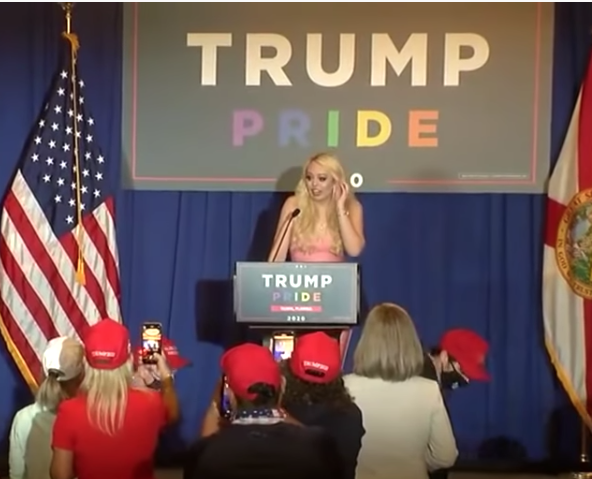 Tiffany Trump trended on Twitter Tuesday morning as she was roasted for appearing at a “Pride” rally for her father’s campaign over the weekend in Tampa, reports Towleroad.

“What in gay hell is this bullshit? Also there’s like 12 people in the room. Also I’m no longer convinced Eric Trump is the dumbest of them. It’s a tight race,” tweeted Dana Goldberg @DGComedy.

“Tiffany Trump led a tiny rally in which she claimed to have gay friends and eliminated the T from LGBTQ. Just when I thought I couldn’t hate the Trumps more, and it’s hard to believe Tiffany has any friends,” tweeted Paul Rudnick.