Movie: The True Story Of A Man Coming to Terms with Gay Son’s Suicide. WATCH! | The Fight Magazine 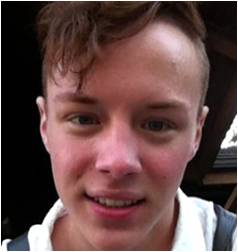 Larry McMurtry and Diana Ossana, the screenwriters behind 2005’s Brokeback Mountain, have teamed up again for Good Joe Bell, a new film starring Mark Wahlberg, set to have its premiere at the Toronto International Film Festival on September 14, reports Towleroad.

The film is based on the real-life story of Joe Bell, who in 2013 began a cross-country trek to raise awareness about his gay son, Jadin, who had hanged himself after being bullied. Bell died during that walk after being hit by a semi truck.  reported on Bell’s death at the time.

WATCH A NEWS REPORT ON JOE BELL’S JOURNEY AND DEATH: