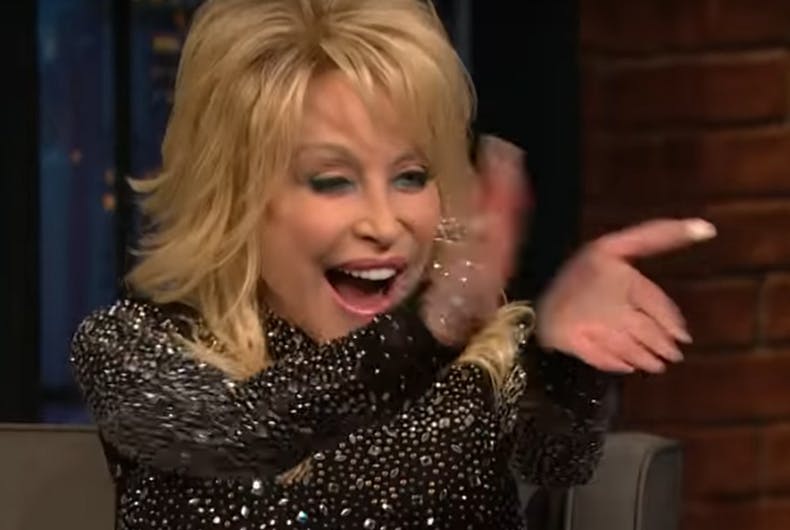 Parton was on Seth Meyers’ show to promote her new series that will be streamed on Netflix.

Meyers mentioned that his son liked Jolene, so Parton said that she would sing part of the song.

The song starts at around the 2:45 mark.