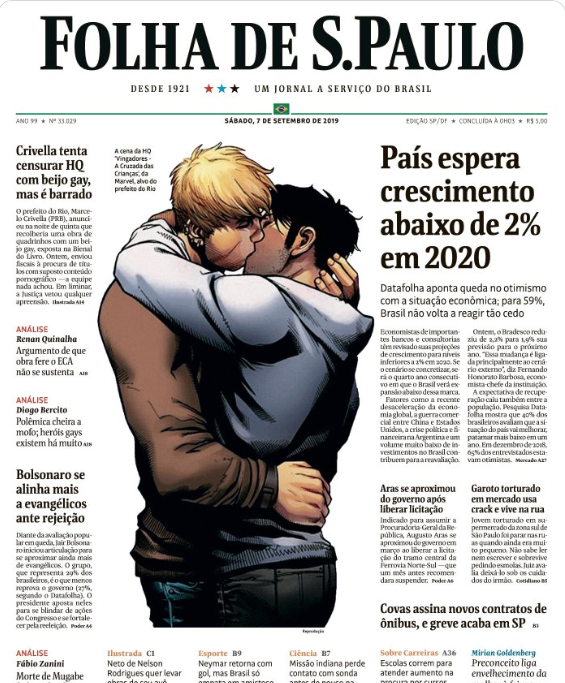 The biggest newspaper in Brazil just published an illustrated same-sex kiss between two Marvel characters on its front page, in protest against the mayor of Rio de Janeiro and his attempts to ban LGBTQ content, reports Gay Times.

Former bishop Marcelo Crivella – who once called homosexuality “evil behaviour” — demanded for copies of the comic book, Avengers: The Children’s Crusade, to be withdrawn from a book fair because he said it included unsuitable content for minors.

The comic – which was published in 2010 and has been available in Brazil since 2012 – features a gay kiss between fan-favourite characters Wiccan and Hulkling, who are often referred to as “Marvel’s most prominent gay couple.”