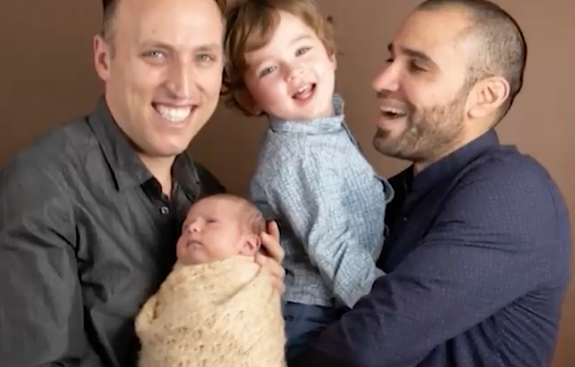 A same-sex American couple whose daughter was denied birthright citizenship filed suit against the State Department on Thursday, joining a growing list of LGBTQ families turning to litigation to combat the policy, reports CNN.

Although Roee and Adiel Kiviti are both US citizens, as is their almost three-year-old son Lev, their six-month-old daughter Kessem was not granted birthright citizenship due to a State Department policy that considers her “born out of wedlock.” The Kivitis said they received official notice of the rejection in early July.
WATCH:
https://youtu.be/gmjCyjCZqwA