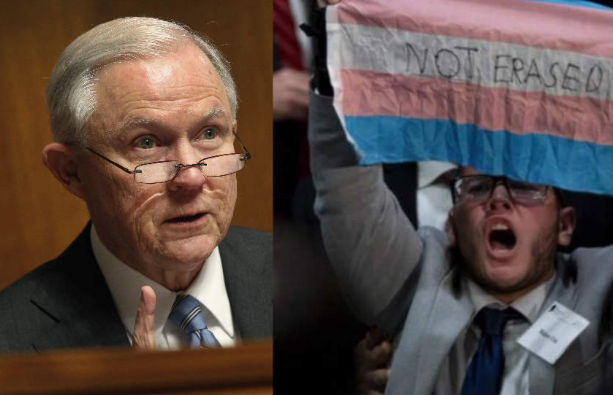 US Attorney General Jeff Sessions was giving a speech about religious liberty when a man interrupted him. He was waving a blue, pink and white flag, traditionally representing the trans community.

While unfurling the small trans Pride flag, the man yelled “Not erased.”

The person yielding the trans flag was referring to the Trump administration’s proposal to define gender narrowly as either male or female.