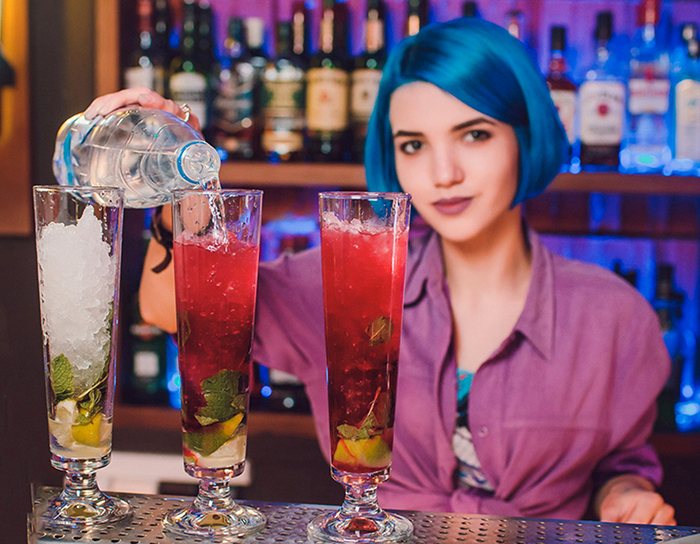 We will shortly switch to a 5-4 antigay majority which will likely send us back to square two or three just as we were about to win the long war for LGBT civil rights. Where’s the bartender?”

MAKE IT A DOUBLE

I confess I did not expect Anthony Kennedy to resign out of the blue last month. And then he walks into the dining room at Downton Abbey, lifts his gold-tipped walking stick and sweeps the table clean in one dramatic act. Why? The man was only 81! Plenty of sessions left in Justice Kennedy and yet he abandons the High Court to Donald Trump and his minions at the Heritage Foundation. I should stop because I can feel another wave of outrage building in my fingertips, but I will just leave you with one thought: We are doomed.

I tried the Downton Abbey metaphor to tamp down my ire somewhat. It sort of works. But really. We have had a gay rights majority on the High Court for over 20 years; the 1996 Romer Court was 6-3 in our favor. The same six justices ruled for us in Lawrence v Texas. Even after Alito replaced O’Connor, we’ve had a 5-4 edge for another 13 years and it should have continued for a few more. Instead, we will shortly switch to a 5-4 antigay majority which will likely send us back to square two or three just as we were about to win the long war for LGBT civil rights. Where’s the bartender?

Writing about our pending lawsuits used to be a satisfying, sometimes gleeful activity. Now it’s going to become a tedious chore. Now, a victory at one of the twelve federal appellate courts is no longer a step closer to some profound High Court gay rights precedent. Now it’s a prelude to a nasty anti-gay opinion that will no doubt stretch its tentacles into conservative lower court decisions for years to come. While Justice Kennedy made sure to lard his vague gay rights opinions with waffle and wiffle, I assume the next round of gay rulings will use clear language to make unmistakable legal pronouncements at our expense.

What will they be? Well, there are now three petitions asking the Court to decide whether or not Title VII, the existing federal ban on sex discrimination in the workplace, inherently include gay and/or trans bias within its ambit. Thanks to a recent transgender victory at the Third Circuit, I’m assuming another petition will soon ask whether trans-discrimination is covered by Title IX’s ban on sex bias in education.

There are two or three appellate courts now holding back Trump’s attempt to remove transgender troops from the military for no reason. So far, Trump has not challenged these legal blockades. He was just stayed again by the U.S. Court of Appeals for the Ninth Circuit. Will he ask the 4-4 Court to review? Maybe, maybe not. But I assume that the incoming Court’s view of the powers of the presidency will be more magnanimous.

And how about the notion that antigay speech or faith should triumph over anti-discrimination law? After that muddle we got for the Colorado baker in Masterpiece Cakeshop, the Court then send a similar case back to the Washington Supreme Court for a do-over. The Supremes actually vacated the ruling in favor of gay rights law, and told the state to give Arlene’s Flowers another chance to make a case for refusing gay clients. If the wording of the main Masterpiece ruling reinforced gay rights laws, as analysts believed, why would Arlene’s Flowers get a new lease on life? It’s ominous. And even if Washington’s top court once again rules against the florist, what if the case rises back to the High Court like a corpse suffused with horrible gasses? Gay rights laws would no longer be worth a tinker’s dam.

LOOK AT THE RICE

What else can we talk about!  How about the weird images that I keep seeing at the end of articles down at the bottom of the screen? Close ups of onions or grains of rice that look obscene at a glance but innocuous under examination. A fry pan full of sliced bananas in water.

Is it just me? For all I know it’s all the result of an algorithm. Hey advertisers! Want to catch the eye of a middle-aged lesbian home owner who likes small animals, alcohol and has no idea how to fix electrical systems? Try this image of bananas on the stove. Or rice! Try grains of rice.

I have other news of course. The Supreme Court of India is considering repealing the nation’s law against consensual gay sex. That’s nice since this is the same court that reinstated this law in 2013 after a lower court repealed it in 2009.

In Israel, the gay community erupted under the relentless right wing pressure of the Netanyahu government and the Knesset, filling the streets with protestors July 22 after Netanyahu went back on a pledge and helped pass a bill allowing single women only to make use of surrogacy. The original plan included same-sex couples and single men, so although a lesbian couple might get around the red tape, the new legislation basically forced Israel’s gay male couples to leave the country or pay thousands if they wish to have a family.

In Glasgow, the organizers of Pride screwed up royally, issuing too many paid tickets by email and then not staffing the booths where people were supposed to get their physical passes. Chaos ensued. Paid tickets? That’s a little odd, not to mention the fact that the event was oversold. Must have been the free haggis.

I think marriage or couples rights have advanced in some out-of-the way countries since we last communicated dear Readers, but I don’t care. I’m too depressed about the High Court. Did I mention as well that Trump has been nominating appellate judges at a faster pace than anyone thought possible, and the Senate has been confirming them with few exceptions? They’re all as conservative as they can be, so there’s that also.

Finally, I don’t know where to begin with the People magazine headline: “Donald Trump’s Pro-LGBTQ Statement at Republican Convention Was a Sham, Sean Spicer Book Reveals.” Is this supposed to be a surprise bombshell, “revealed” by the investigative journalist that is Sean Spicer? Do any of you even remember the “pro-LGBTQ” convention statement being referenced here? Hint: it was a message of condolence for the victims of the Orlando gay nightclub attack.

Is there anyone out there who thought for a minute that Donald Trump supported our community? Of those few, have any of them maintained this fantasy over the last year and a half as Trump’s administration has proved itself to be the most antigay governing cohort in modern history?

Normally, I would have been writing about the many miseries we have suffered as a community, but considering we find ourselves in the same boat with the vast majority of our fellow Americans in the larger scheme of things, it seems self-centered to complain about the gay stuff. Our national parks are shrinking, environmental standards going up in smoke, health insurance systems undermined, protected species left to their own devices, tax revenues redistributed to the very rich, unions decimated, voting rights vandalized, the free press berated every day by a grotesque Orwellian monstress named Sarah, and then there’s the gay stuff!