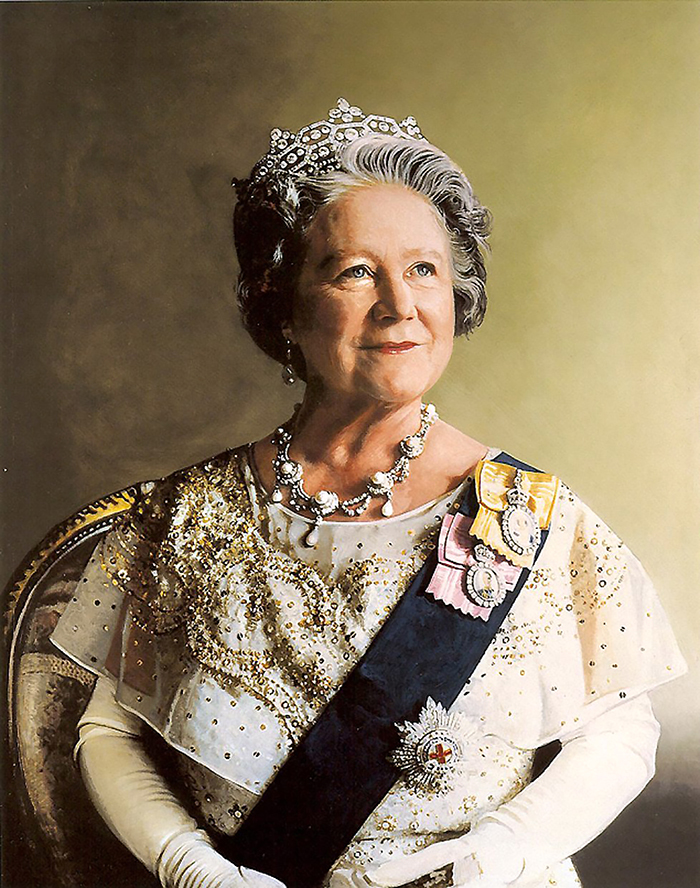 The late Queen’s mother …  reportedly [had] a penchant for drink and a lot of gay men on her personal staff. “Will one of you young queens get this old queen a martini?” she is rumored to have shouted down the hall one evening.”

I was following a story out of Turin, Italy, where a lesbian mother was unable to “register” her newborn son, because he had not been conceived through intercourse. It seemed that an official form was involved, where new mothers had to check a box confirming that their baby emerged via an act of heterosexual sex.

Up until now, women who conceived through artificial insemination simply checked the box to simplify matters, but City Council member Chiara Foglietta refused, forcing the city to change its policies in late April. Foglietta’s son is now “registered,” whatever that means. I’m assuming it’s an important status to achieve in Turin.

These small victories add up, dear readers! Not so long ago, we covered ten defeats for every one win, and now the ratio is reversed.

Speaking of defeats, I remain obsessed with Bermuda, after the island territory reversed its court-ordered marriage equality policy by passing domestic partner legislation. Now I read that the head of tourism, surely Bermuda’s most pressing economic sector, is a gay man who has a UK civil union with his partner. Kevin Dallas told reporters that Bermuda is actually a great place for gay citizens and tourists alike, with an island-wide civil rights law that covers sexual orientation. But come on everyone. The man’s head of tourism! What else is he going to say?

Meanwhile, British PM Theresa May called out the Commonwealth of Nations heads of state for the antigay rules and regs which survived the end of the British Empire in former colonies. Some 36 out of 53 Commonwealth countries still criminalize gay men and women, including a few that impose a death sentence.

“As the United Kingdom’s Prime Minister,” May told leaders at a London assembly, “I deeply regret the fact that such laws were introduced, and the legacy of discrimination, violence and even death that persists today.”

“As a family of nations,” she went on, “we must respect one another’s cultures and traditions, but we must do so in a manner consistent with our common value of equality—a value that is clearly stated in the Commonwealth charter.”

I’m looking at you Brunei! (The writer points two fingers at her eyes and points them back towards the homophobic south Asian nation.)

Sad that the Queen’s last corgi died, don’t you think? Let’s take a moment, shall we? Maybe I’ve been watching too much royal TV, (Victoria, The Crown), but I have developed a soft spot for the monarchy. Not so much for Charles and Camilla, but I appreciate the Queen and the younger generation.

The late Queen’s mother was also reportedly a piece of work, with a penchant for drink and a lot of gay men on her personal staff. “Will one of you young queens get this old queen a martini?” she is rumored to have shouted down the hall one evening. As for the current queen, Vanity Fair says she has a glass of Champagne before bed every night. Hmmm. I like it.

But as much as monarchy may tempt me these days, I prefer a democracy. And I read that animals and insects have their own democratic systems, with packs of dogs turning away from the leader if enough other dogs agree, and groups of bees signaling hive strategy by wiggling en masse. I just wish democracy wouldn’t take so damned long. Four years minimum.

And no, Trump is not going to be ousted, nor would we want President Pence in his place. We just have to suck it up, elect a Democratic Congress and get rid of these aberrations in 2020.

Sometimes when I can’t fall asleep I’ll think about the last day of the Trump administration, the Trumps (if Melania has made it through the term) greeting the incoming President and his or her spouse at the North Portico. The sound of Hail to the Chief being played for Trump’s successor. The helicopter leaving the Capital grounds.

And then the ensuing years of books and articles laying bare the disaster that was the brief Trump administration. His descent into frustration, sending crazed tweets that no one reads. Bloviating for interviews that few people follow. Thin crowds. Ridicule. Divorce. I imagine it all, and drop off with a smile on my face.

I’m a little short on important legal news this month, but I will make it up to you another time. Let me just say that Trump’s efforts to ban and/or remove transgender men and women from the U.S. military are continuing to die at the walls of the federal courts, where several lawsuits continue and where all interim opinions have gone against the administration. Most recently, in mid-April, Seattle-based Judge Marsha Pechman wrote that discrimination against transgender Americans must be examined with strict scrutiny, an almost impossible standard for the administration’s legal team.

(A few weeks earlier, Pechman ruled in favor of the “bikini baristas” of Everett, Washington, who were defending their right to serve coffee and booze in scanty outfits. That opinion has been appealed to the Ninth Circuit by Everett’s scowling town fathers.)

And how does it happen that I still have interesting news but I seem to have exhausted my space? Could it be that I’ve wasted valuable column inches blathering about this and that rather than discussing the status of LGBT related bills throughout the country’s state legislatures? Surely not.

In fact, the good news is that very few antigay bills get through these days; just a handful last year and so far, zero this year. Part of the reason is changing times, part of it is the threat of litigation, and another part is the backlash against Indiana and North Carolina, two states that had to reverse themselves after boycotts due to gratuitous antigay legislating. Big business is also on our side, and not afraid to tell politicians to keep their eyes on the prize and avoid antigay machinations.

Think about the hoopla over Amazon’s second headquarters, a national competition that has cities from coast to coast trying everything to win favor. It’s pretty clear that conservative cities in antigay states have no chance with a company founded and run by a man who gave millions in support of marriage equality and other GLBT causes.

Sorry North Carolina. The pain keeps coming, and for what? Meanwhile, every other state takes note and the antigay sentiment in their capitals continues to evaporate.