We asked these local sober folks, with various lengths of continuous sobriety time, how they let go of resentments in recovery.

“I had a breakup this past year where my boyfriend cheated on me. I still have the resentment that I’m working on right now. As far as all the other resentments in my life, the way I let them go is I do step work. It’s a process. I write the person’s name down. What did this person do to me? What was my part in it? What did it make me feel? Letting go of resentments is hard, but I know if I don’t let go, my ass is going to go out. I have the moments where I’m in that headspace and I have to go do something productive. I talk to my sponsees, my sponsor, go to meetings and I share about it. I try to focus on the positive things in my life. One of my sponsees pointed out that I focus on that one thing, instead of focusing on the 99 people that love me and I have to remember that.” 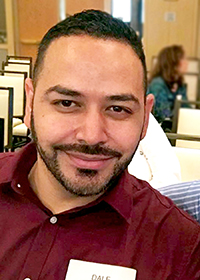 “Initially I let it fester. I heard early on that the justified ones are the most dangerous to hold on to. Resentments are the number one offenders. They’ll take us out. Once I felt it enough and I’m finally at the point of letting it go, I start taking action. I call my sponsor to basically tell on myself and be rigorously honest, because I like to focus on their part, what they did, what went wrong and not talk about any of my stuff. I like to pray for them, but it’s the type of prayer where I pray they get things that I actually want for myself, like health. As much as I may resent a person, I do want them to have good health. I want them to have a warm heart; to be loved. Once I start to think of those things honestly, I start to feel them, and the resentment begins to lift. It can be incredibly difficult, but it’s more difficult to think that I can relapse from this. No one is worth me relapsing over, so I’m going to pray for that person, not so much for them, but for me.” 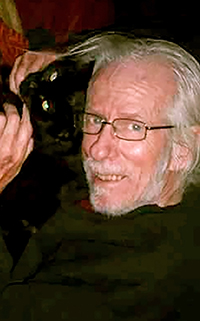 “The way I handle resents today is I pray for the person for two weeks that they get everything they want. If after two weeks I still have the resentments, then I have to look at my part in it. I look at why I have the resentment and what my part is, and generally I figure out that well, my resentment isn’t their fault, it’s mine. I try to make sure my side of the street is clean before I continue a resentment. I didn’t handle resentments very well before I got sober. I was a bitchy queen. That was 35 years ago. Resentments still come up today, but they’re a lot easier to let go. People can stay sober and be resentful, but they tend to be miserable. They may be sober, but they’re not serene. They may go to meetings, but they sit there with their arms folded and say hateful stuff. If you don’t deal with a resentment then it’s like you take poison and hope the other person dies. I’m the one carrying the resentment, so many times people don’t know I have it. It’s all in my head. Meanwhile they’re doing just fine.”