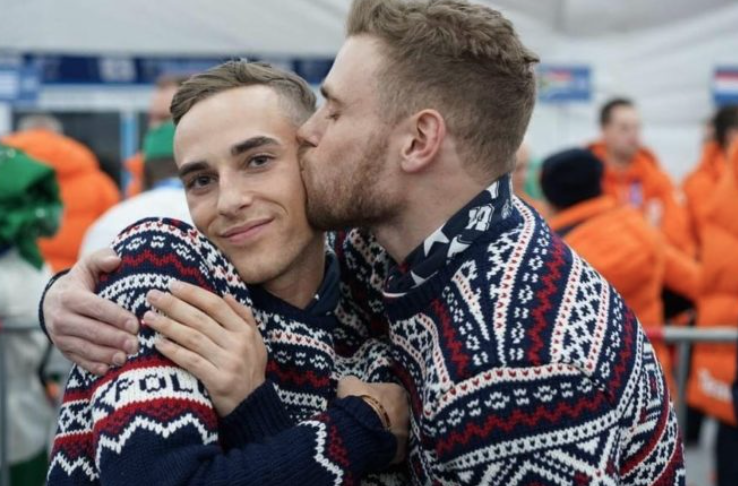 Queerty reports that Gay Olympians Gus Kenworthy and Adam Rippon  have decided to test out their microphone from Pyeongchang with the following tweet:

“We’re here. We’re queer. Get used to it,” the tweet reads, echoing a slogan that dates back to Queer Nation and the HIV/AIDS activism of the early 90s and beyond.

In another tweet Kenworthy wrote: “The #OpeningCeremony is a wrap and the 2018 Winter Olympic Gaymes are officially under way! I feel incredibly honored to be here in Korea competing for the US and I’m so proud to be representing the LGBTQ community alongside this amazing guy! Eat your heart out, Pence. #TeamUSA #TeamUSGay”