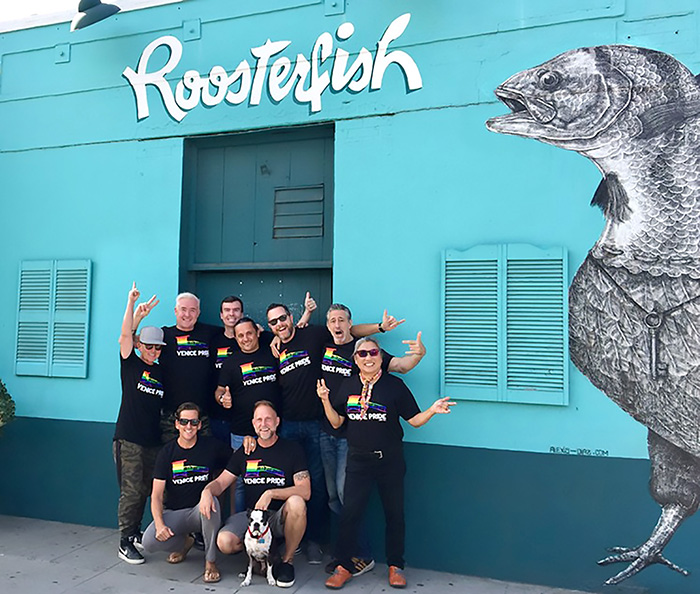 The City of West Hollywood’s WeHo Arts program and WeHo Artes, presents “Axis Mundo: Queer Networks in Chicano L.A.” The exhibit is scheduled to run through December 31. It will map the intersections and collaborations among a network of queer Chicano artists and their artistic collaborators from the late 1960s to the early 1990s. More than two decades of artwork encompassing painting, performance ephemera, print material, video, fashion, and photography will be presented in two locations: ONE Gallery West Hollywood, located at 9007 Melrose Avenue and MOCA Pacific Design Center, located at 8687 Melrose Avenue.

The evening brought together more than 1,200 leaders from the civic, corporate, entertainment, and philanthropic communities to celebrate this year’s inspirational honorees for their unwavering support of the LGBT community and their dedication to creating positive change in the world.

Attorney Christy Holstege, a bisexual woman who is running for a seat on the Palm Springs City Council, has won the endorsement of a number of LGBT groups, including the national Gay and Lesbian Victory Fund, the statewide LGBT advocacy group Equality California and The Desert Stonewall Democrats–a local LGBT political club in the Coachella Valley.

Palm Springs has two open seats on the city council in the November 7 elections. The three out candidates are among six people running for city council.

Teeno Hermoso Amparana, the man who physically attacked a married gay couple in the gay Hillcrest area of San Diego last month, pleaded guilty to battery and a hate crime. The attack happened outside the Whole Foods market on University Ave. Amparana punched, kicked and threw rocks and at the couple while screaming homophobic and racial slurs. San Diego Gay & Lesbian News reports that Amparano, himself a gay man, yelled out, “You white gays think you own everything.”