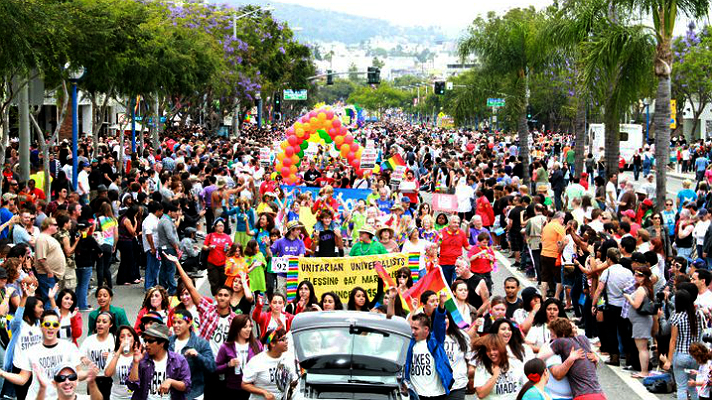 There will be no L.A. Pride Parade this year.

Instead, Christopher Street West, the organization responsible for organizing the Parade, is teaming up with #ResistMarch to organize a protest march June 11, from Hollywood and Highland into West Hollywood.

We are calling on everyone to peacefully march with us on June 11th from Hollywood and Highland to West Hollywood.  Instead of a Pride Parade meant to celebrate our past progress, we are going to march to ensure all our futures.  Just as we did in 1970’s first LGBTQ+ Pride, we are going to march in unity with those who believe that America’s strength is its diversity. Not just LGBTQ+ people but all Americans and dreamers will be wrapped in the Rainbow Flag and our unique, diverse, intersectional voices will come together in one harmonized proclamation.

The decision to eschew the traditional parade through West Hollywood was was at least partially instigated by the construction projects protected to encompass over half of West Hollywood Park this summer. But regardless, this shift in tone and focus comes as a welcome change after several years where Los Angeles Pride seemed to struggle to find relevance—culminating in last year’s widely criticized move to rebrand itself as a music festival.