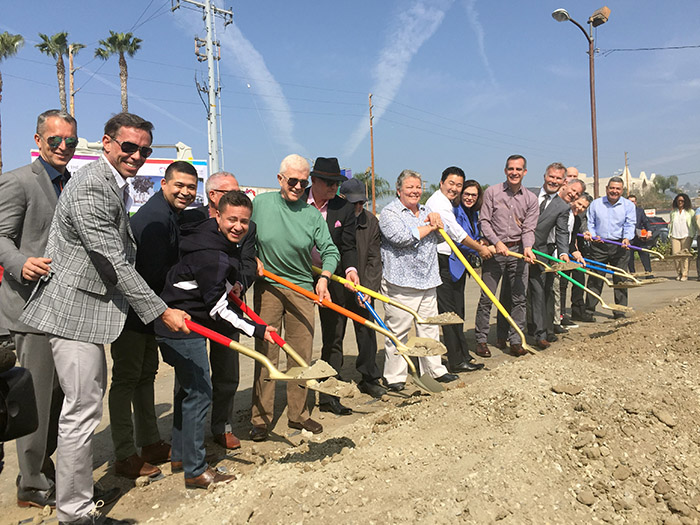 The ceremony was attended by LA Center officials, Los Angeles Mayor Eric Garcetti, Councilmember David Ryu, as well as lead donor Anita May Rosenstein who was joined by members of her family.

Rainbow-colored shovels were used for the actual groundbreaking. Rosenstein was presented with a golden shovel that will be framed and displayed at the campus.

The Anita May Rosenstein Campus will be a first-of-its-kind complex in Hollywood. It will offer 135 units of affordable housing for seniors and youth, 100 beds for homeless youth, new youth and senior centers, and much more. It will be located at 1116 N. McCadden Place, next to where Circus Disco once stood and directly across the street from the Center’s The Village at Ed Gould Plaza.

The campus is scheduled to be completed in early 2019 as the Center marks its 50th anniversary.

For more information on the LA LGBT Center, visit lalgbtcenter.org.