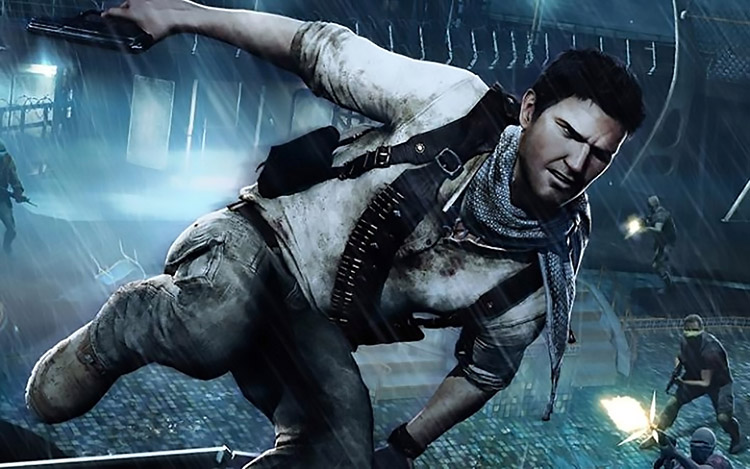 I love me some hot daddies. Hell, I am partnered to one and I couldn’t be happier. Check out  gaming’s most popular mature heroes.

Taking the scene long ago in the fighting genre, RYU was always been a force to be reckoned with in the street and maybe even in the sheets. For the release of the new Street Fighter, capcom made a sexy, bearded, brick, shithouse fighter to mix things up. And daddy, did they do a fantastic job or what!? Trained in the martial arts from a young age, he has wondered the world learning various techniques and mastering the dark arts of the Dark Hadou. Whew, his body speaks volumes of his prowess and most definitely… he just gets better with age.

Beginning his journey as a smart-ass, snarky, and determined witch hunter, Geralt has traveled various continents learning magic and how to seal the dark creatures that abuse it. With piercing yellow cat-like eyes, top-tier swordsmanship, and wicked senses Geralt is sure to protect anyone near or loved by him. Taken from the books, The Witcher has become a huge hit among gamers and is sure to stand the test of time of things to come. Oh! Did I mention he has a shower scene in the final Witcher game? Yea…and trust me.. It is worth it.

From Square Enix Final Fantasy has been huge success in Japan and overseas. But one of the most memorable entries still remains Final Fantasy VII. Putting Square Enix on the map and paving the way for future RPGs to come, it shattered records and expectations all over the world. So why is this gentleman so relevant? Because it is being remade from the ground up in HD glory and Barret has always been one sexy mofo daddy. 6’5” and full of muscle he is part of a elite group called Avalanche and fights a evil corporation named Shinra. Also, he has a machine gun arm as his main weapon of choice. Talk about safety. He can carry ya to bed while killing the bad guys all in a single strut. Now that’s what I call a level up.

Spartan Body? Check. Leather and Gauntlets. Check. Beard of a king? Check. Ever since making his appearance in GOD OF WAR for PlayStation 2, Kratos has been pursuing his revenge by taking out the gods one at a time. He has been to hell and back, literally, and has showed improvement and countless discipline. He has mastered over 8 weapons, defeated monsters, and has remain a huge hit among gay and straight video-gamers. Men want to be him, and men and women want to be with him.

Nathan hits the top of the chart for various reasons. He is a Harrison Ford nod to the early Indiana Jones films. He looks great in a leather holster. He is smart, intelligent, and has a wicked sense of humor. But, most of all, he is someone that might or could have a real doppelgänger in this world. Naughty Dog has been making stellar characters for a long time now, but none compare to the realness and genuine personality of Nathan. Whether he is saving the world one artifact at a time or making the moves on you…Nathan is sure to always keep you guessing what’s next.