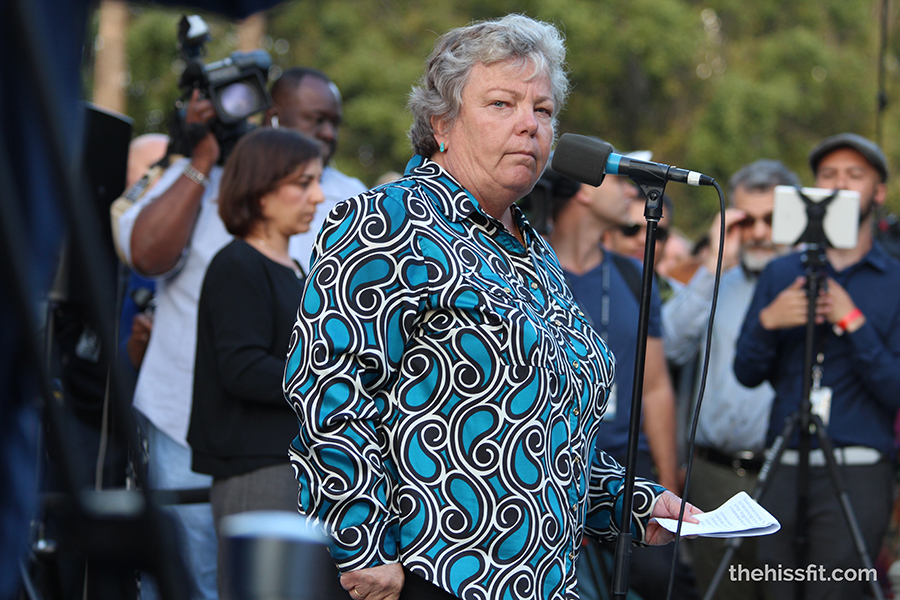 “Donald Trump’s selection of Mike Pence as his candidate for Vice President sends a loud and clear message that should anger and frighten the LGBT community, our allies, and anyone who believes in the promise of a free and equal nation,” read a statement from the LGBT Center. “Pence’s long history of opposing equal rights for LGBT people includes signing Indiana’s so-called religious liberty bill last year to legalize wide-scale discrimination against LGBT people. It was one of the most draconian, anti-LGBT pieces of legislation in the history of our country. Selecting such a virulently anti-LGBT politician like Pence to help lead our country—especially as we continue to mourn the loss of 49 people who were murdered simply
because they’re lesbian, gay, bisexual or transgender—should leave no doubt among any who may continue to wonder whether Trump is an LGBT ally.”

“As long as politicians and religious leaders continue to slander LGBT people…,” Jean stated, “As long as they continue to say that we do not deserve the same protections as other Americans; that we’re a danger to children, or that somehow our oppression is justified by their personal view of religion; it permits the kind of violence that happened [in Orlando] and it endangers all of us. These leaders have blood on their hands. They might not have pulled the trigger. But they certainly loaded the gun.”

For more on the Los Angeles LGBT Center, visit http://www.lalgbtcenter.org/