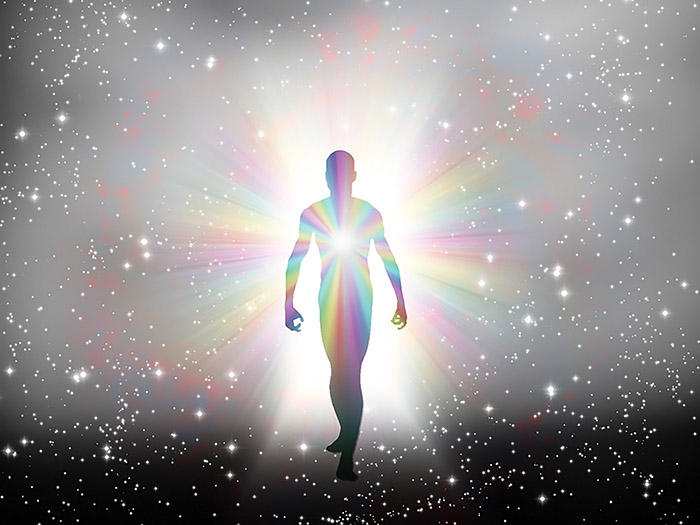 CSW board member Dr. Steve Ganzell on leaving the Mormon church, dealing with with hatred and ignorance and the agonizing struggle of being part of an organization that has lost its way.

I joined the Mormon church was I was 13 years old. To be totally honest, there were times (like when I was selling Jesus door-to-door as a missionary) that I described the process as a deeply moving and spiritual process. But let me tell you the real story.

I had joined a Boy Scout Troop and did not completely comprehend the relationship between the church and the Boy S couts. Eventually I learned that the Mormon church sponsors more scout troops that any other organization in the world. My patrol leader was a year older than I was—and was willing to take me under his wing and keep me from embarrassing myself.

He invited me to share his tent with him on our first camping trip. We stayed up until almost dawn, talking. He told me a little bit about Mormonism and circumcision and how each of our parents had taught us the facts of life. (His dad was a biology teacher and showed him a movie. Mine just told us in the car with lots of laughing and giggling.)

When the Mormon missionaries stopped by, they talked to me about how when I would hear the truth it would cause a “burning in the bosom.” I told them I was ready to get dunked but did not mention that the feelings were not so much that of a burning but rather a swelling and it was a bit south of my bosom. I had known I was gay from the time I was 5 years old but now I was in love. I was infatuated, obsessed, deeply passionately in love. Maybe for the first time.

“When an organization of which you are a part, chooses to damage people for whom you care, you have to ask ‘how can I be a part of this?’”

Not long after joining this crazy cult, I began to learn more and more about what the church taught as doctrine. I was often surprised but thought to myself that if everybody else was okay with it, I should be too. Until one Sunday afternoon when I was about 16 and I went to pick up my grandmother.

My grandmother was an incredible person. My cousins and I are now convinced she was probably some type of proto-lesbian but the proof is rather sketchy. As we were driving she happened to mention the Mormons. She said she could “never belong to any organization that treated black people the way the Mormons do.”

At the time, I had no idea what she was talking about. But I did a little research and discovered that the church to which I belonged was racist… deeply, embarrassingly, doctrinally racist. They had lots of reasons for their racism but I just didn’t sound right. It sounded like an excuse.

Later when I would begin to deal with the hatred the church aimed at the LGBT community, I recognized that same smug, privileged approach to hatred. I had made decisions about by being a gay man in a crazy homophobic church. I did what I was supposed to do, but was not silent. It was a compromise. It was a devil’s bargain. I had friends who knew I was gay but in a committed relationship with a straight woman. My children were comfortable with their every increasing circle of gay uncles and their gay dad. It wasn’t much of an issue until the church announced the Proclamation on the Family. What most non-Mormons don’t recognize is that pronouncements above the signatures of the geriatric cabal that runs the church ARE THE WORD OF GOD. Not just an idea, and opinion, a teaching….they are THE WORD OF GOD delivered to his living prophets. And in this case, it seems God decided to let the gay folk know he had no use for them, their feelings were unimportant, and they had to real role in the church if they wanted to recognize their own gayness (or as the Mormons say in a wonderfully Orwellian way “those who struggle with same-sex attraction or SSA).

Basically gay Mormons were told they could never have a relationship with someone they loved and that they were relegated to be servants of their straight masters throughout eternity. As this shit was being read out loud from all the pulpits in Mormondom I remember thinking: “this is why I will have to leave the church.”

What followed were increased incidents of gay men and lesbians being treated with hatred and ignorance. And I was becoming more and more aware of what was happening. I sat through painful agonizing discussions about how to balance Mormonism and being gay. Rather than seeing progress, I saw more suicides of young men who were being told they had no value and that they were intrinsically bad. They were being told that their very nature was an offense to God. For a while, I was encouraged to stay and try to protect those potential victims. Bishops or Stake Presidents would call and would ask to talk about their conflict about excommunicating someone not for what they had done, but for who they were. I remember wanting to leave it all behind. By this point, I had done the research and was convinced that the church’s claims— both doctrinal and historical—were lies. But someone pointed out that you can’t change the direction of a car if you are not in it. That sounded so logical. I would stay and try to make positive changes.

Then two things happened. I was chatting with a friend who argued the old saw about not being able to change what you are not a part of. I pointed out that you can’t change the direction of the car when you are locked in the trunk and the car is sailing off a bridge. How narcissistic to think I was having an effect. And then I remembered my grandmother. “I could never be a part of something that treats black people like that.”

There is something exceptionally painful about watching people for whom you care, be treated poorly. It is wrong. When an organization of which you are a part, chooses to damage people for whom you care, you have to ask “how can I be a part of this?” It is the very nature of organizations to speak in a “collective” sense. “We believe such and such.” “We think you should…” “The organization decided to exclude people like you…” They don’t—nor can they—speak for everyone. So they often assume because they are in charge—their thoughts represent everyone. The forget that they are there to serve and can only do so well if they know what their constituents need. They never ask.

This idea of being a part of something that you loved but which has lost its way and is starting to hurt people has been a repeating experience in my life. I have not always dealt with it well. In fact, I have often stayed too long hoping for change. I am better now at recognizing the signs that change is not possible. I don’t have a problem when I disagree with the direction an organization might be taking. I DO have a problem when hubris and entitlement allow organizations to hurt their constituents. I believe that leadership is about service and that we are the stewards of the organizations in which we serve. We must strive to balance a budget with the needs of our community partners. As organizations have grown, it seems that one of those forces often takes over.

When our community events were smaller and less organized we had a lot more fun and worried a lot less about the money. I find this issue has raised its head again and wonder how I will resolve this—not just for myself but how will I advise others. It is an agonizing struggle.

I was an obedient little Mormon kid. I had been having sex with guys but stopped when my bishop told me to. I was such an obedient missionary that I didn’t jerk off for more than two years. At the end of my mission, my mission president told me he expected me to be married within six months. I was 21. It took a few months longer but I did get married. I told my wife I was attracted to men and she said “fine just don’t do anything about it.” (Mormon women are kinda strange). We had kids. Years later one of my daughters told the porn actor, Jeff Stryker if it hadn’t been for his videos and her father’s very active imagination, she and her siblings would never have been born. It was weird….really weird. After 10 years of weird we decided to get divorced. It was amicable and it was the right thing to do. It was Labor Day weekend and I was planning to go to Palm Springs with my gay friends.

Remember my patrol leader? We lost touch with each other and had not seen each other in a very long time. But we looked each other up and re-ignited our friendship as I was leaving the marriage. He and I drove to Palm Springs together they day the marriage ended and much later that night we had the kind of sex we had imagined all those years ago. In the morning as we were chatting, we realized there were a lot of gay guys in our troop. We could have been having a LOT more fun on those camping trips.

Never spend all your time trying to lead and forget that this is all supposed to be fun.