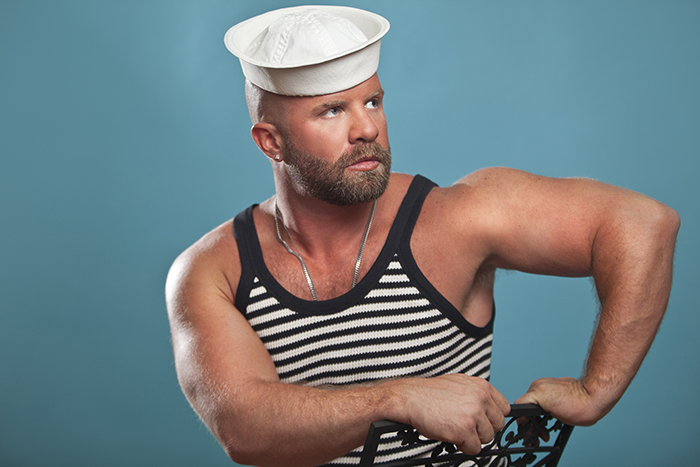 If you’ve ever heard DJ Shane Stiel spin, you’re immediately convinced this guy was born to DJ. From the all-night events of the Rocky Mountains in his early years to the high-energy club events of the West Coast, this DJ turned Navy veteran turned DJ is making one indelible impression on the club scene and shows no signs of slowing down.

Stiel has had music in his blood from the day he was born. Growing up in Colorado, his initial musical taste was stimulated by hip-hop, 80’s, hard rock, and electronic music. After attending many club and all-night dance events, he started developing a synergy with the vibe of the scene and found inspiration in artists like Seb Fontaine and Judge Jules. In the late 90’s, his DJ career kicked-off when he scored his first gig with ColoradoRave.com during one of their popular festival events. One night was enough to convince not only the crowd, but festival promoters, that he was ready for more and shortly after he became the company’s top resident. After leaving ColoradoRave, he continued to work closely with friend and party promoter Ryan Dykstra. Dykstra’s successful long-running night at Club Pure gave Shane Stiel a chance to meet and befriend several well-known DJ/producers like Kimball Collins, George Acosta, Guy Ornadel, and Jon Bishop to name a few.

Several years of hard work and determination landed Stiel some well-deserved time alongside some major global headliners. His big break came in 1999 when he played an opening set for George Acosta to a crowd of 1200, officially solidifying his name in the Denver nightlife scene. Shane Stiel quickly became a regular fixture in the DJ booths at Denver nightclub’s Traxx 2000 and Club Matrixx earning praise and respect as one of Colorado’s top DJs. With a vibe that’s all about pleasing hardcore clubbers, he’s been noticed and not just by club owners and promoters. Tiesto, The Crystal Method, George Acosta, and Deep Dish are just a few of the big names he’s had the privilege of working with.

At the height of his DJ career, the events of 9/11 struck a personal cord in Shane Stiel and, in early 2003, he took a break from music to join the Navy. The military eventually brought him to San Diego, but enlistment never quelled his DJ crave.

Stiel’s engagements in the early 2000s at Rich’s and SPIN (formerly known as Montage) reinforced his true passion, and rekindled that fire to continue building his music career, not just as a DJ but also as a producer and promoter. His “style” is a hybrid of badass, sweetheart and energizer bunny that dance crowds literally absorb no matter where he spins.

Stiel will be performing at “Overboard”—one of the most sought after annual Long Beach Pride events—at the infamous Queen Mary ship on Saturday, May 21, 2016. Tickets: www.overboardlbc.com.