Look Back In Shame | The Fight Magazine

Michael Weinstein’s Anti-PrEP Crusade is a betrayal of AHF’s own mission to provide cutting-edge care.

People say nobody is angry about HIV anymore. But that’s untrue. I’m angry.

I’m angry that I spent the first 24 years of my life terrified that I would get HIV, and the subsequent decade equally terrified I’d give it to someone else.

I’m angry that AIDS deprived me of an entire generation of potential mentors, friends and heroes. And I’m angry that I had to learn how to be gay in AOL chatrooms.

I’m angry that every single time someone calls me—in that same breathless, shattered tone—and asks me what they’re supposed to do now that they, or someone they love more than anything in the world, has tested positive for HIV. I’m angry that I’ve answered that call more times in the last five years than I care to remember.

HIV makes me angry. I’m angry all the time.

But few things stoke my anger like the AIDS Healthcare Foundation (AHF) and its CEO, Michael Weinstein.

Those who have enabled this crusade to stigmatize the most effective HIV prevention tool in existence will come to the end of their days and look back in shame at the lies they helped to propagate.

This month the AHF is rolling out a new ad campaign entitled “PrEP: The Revolution That Didn’t Happen.”

Scheduled to appear in a number of publications that cater to the LGBTQ communities—including the Florida Agenda, Washington DC’s Metro Weekly and Washington Blade the South Florida Gay News, Gay City News in New York City, Dallas Voice, Georgia Voice, as well as Frontiers and the Bay Area Reporter here in California—the purpose of this paid advertisement is to discredit PrEP and stigmatize those who would adopt it—despite the fact that PrEP is almost 100% effective at preventing the spread of HIV.

In fact this “editorial advertisement” (marketing-speak for paid ads designed to blend innocuously into the surrounding magazine) is only the most recent salvo in Weinstein’s long running campaign to smear PrEP, it’s adherents, and advocates by claiming that PrEP is a “failure,” using inaccurate and out-of-date data to make PrEP seem unpopular when the actual number of individuals taking Truvada to prevent contracting HIV is probably closer to 30,000. 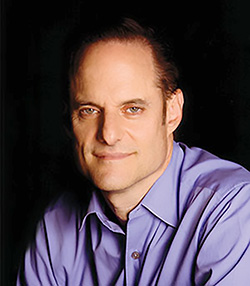 Widespread adoption of a new medical intervention often takes a decade or more, yet in the last year new prescriptions for PrEP have jumped 335 percent.

Wienstein has called PrEP a “party drug” and claims it’s only for people “who have multiple partners and never use condoms,” despite the fact that most people contract HIV from an intimate partner who themselves are unaware of their status; despite the fact that only 46 percent of gay men use a condom every time, and inconsistent condom use is about as effective at preventing the spread of HIV as never using a condom at all.

They call PrEP unproven Even though the City of San Francisco has made PrEP an integral part of its “Getting to Zero” campaign, and as a result new infections in that city have dropped to 300. Can you imagine it? 300 new HIV infections in a city which for my entire life has been a byword for “faggots dying of AIDS.”

AIDS has claimed the lives of more than 630,000 people in the United States alone. That’s the population of Washington D.C. Another 1.2 million are living with the virus, and more than 60% of them are gay or trans. Another 50,000 are diagnosed every year; 44% of whom will be black, despite African Americans making up 12% of the population. If you are black and gay in America there is a 1 in 3 chance you will contract HIV.

That’s what 34 years of condoms and testing have given us; practically a holocaust of the gay and trans communities, and another on the horizon for the black community.

We have spent the better part of three decades barely holding back the tide, and that was the best we could hope for.

But now we have PrEP, and PrEP has the potential to end the AIDS epidemic. To reject PrEP is to betray AHF’s own mission: “Cutting Edge Medicine and Advocacy Regardless of Ability to Pay.”

PrEP is the very cutting edge of the fight against HIV.

Yet Weinstein and AHF would have us double down on the status quo. Pursuing the same course of action while expecting a different result is the very definition of insanity. They call PrEP “unproven,” but the only alternative they offer is a proven failure.

I’m not against condoms. Proper condom use needs to be a central part of sex education. But if condoms could have brought an end to AIDS by themselves, AIDS would be over by now.

By almost any metric PrEP is a superior HIV prevention tool than condoms; I know we aren’t supposed to say that, but it’s true.

It is almost 100 percent effective when taken every day as directed. It continues to offer considerable protection even if a dose is missed. And it allows for more pleasure and more intimacy than most people tend to experience with condoms.

Fact is, the one way in which condoms beat PrEP is by protecting against a broad spectrum of STIs; but as a method of ending the HIV epidemic condoms have been tested over the last three decades—and they have failed spectacularly.

In the coming months, young queers all around the country are going to open these papers and think that PrEP can’t protect them from HIV, or that it’s only “a good solution for individuals who have multiple partners and never use condoms,” (you know, sluts who don’t care about themselves or their community).

They aren’t going to take PrEP because the same fucking ad doesn’t tell them that the majority of people who get HIV get it from a partner ignorant of their status.

Equally culpable are the members of AHF’s board of supervisors, who sit idly by while Weinstein diverts funds from the AIDS service organization they are stewarding, to spread misinformation likely to lead to new HIV infections, as well as the magazines who deliver that misinformation.

I know as well as anyone, the publishing industry is in dire straits, and probably no corner of it has been hit harder than the magazines and news weeklies which serve queer communities all across America. I have seen firsthand the sorts of unenviable compromises publishers and editors are forced to make in order to keep their magazines and papers on the shelves, the Faustian bargains struck to keep the doors open and lights on.

But this time the price is too high.

Those who have enabled this crusade to stigmatize the most effective HIV prevention tool in existence will come to the end of their days and look back in shame at the lies they helped to propagate.

If you agree with me, I hope you will join me in contacting the members of AHF’s board of supervisors, and the magazines these anti-PrEP ads are running in and let them know.

Brenden Shucart is a frequent contributor to The Fight and former editor of Positive Frontiers. He sits on the board of the HIV & Hep-C advocacy nonprofit, Project Inform.