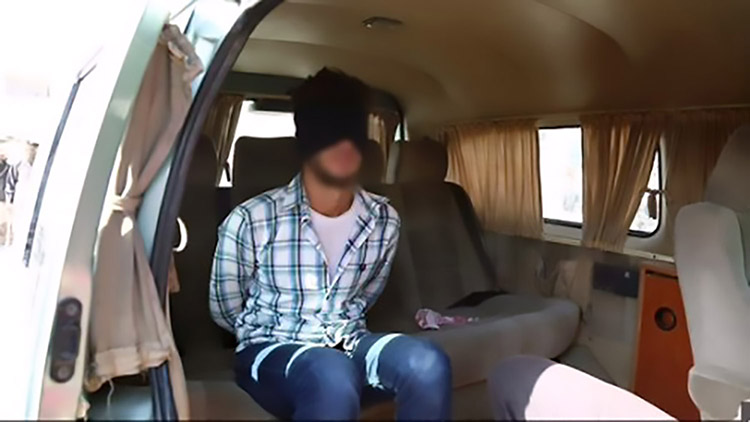 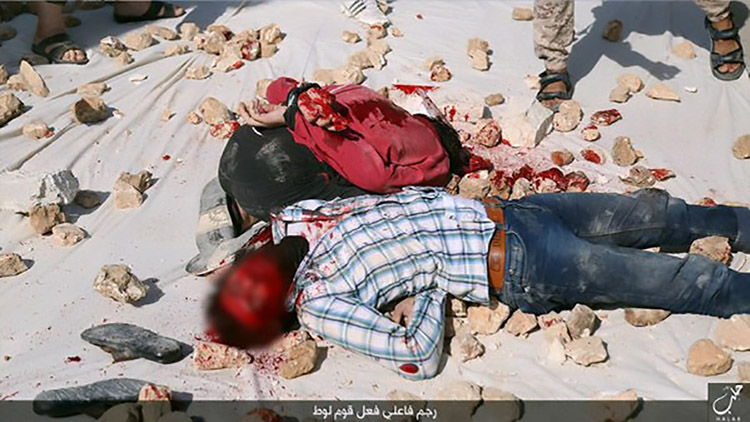 Where is the outrage when Muslims publicly murder Muslim men for being gay?

The relatively modest amount of news coverage and the surprising absence of protest over the executions of men suspected of being gay by Islamic extremists in Syria, Iraq, Saudi Arabia, and elsewhere in the Muslim world – is frustrating, to say the least.

In recent months ISIS has released photos and videos of its masked members dragging these men to the rooftops of tall buildings and pushing them off, to the apparent delight of crowds below. In several cases, the hapless victims reportedly survived the fall, only to be stoned to death by onlookers.

The murders, which have taken place in ISIS strongholds such as Mosul and Raqqa, are often preceded by a jihadi denouncing the Koran-prohibited “crime” of sodomy. And they’re accompanied by cries of the Islamic phrase “Allahu akbar,” “God is great.”

Killing gays by making them plunge off high buildings is just the newest method used by Muslim radicals; other, more traditional means of murder are also in full force.

Photos published on social media show the beheadings of two men for alleged homosexuality in the Nineveh province of Iraq, after a man described by a local official as an “Islamic State religious judge” read an indictment. Others have reportedly been crucified, and some mercilessly mutilated.

I ask you to envision a similar, horrific scenario in a very different location. Imagine if priests were tossing gay men off the top of St. Peter’s Basilica into the square below, with jubilant crowds filling Vatican City yelling “Praise be to Jesus Christ” (or the equivalent in Latin or Italian).

It is considered brave to bash the pope or a cardinal, but when anyone does the same of Muslim clerics, that critic is called a racist, an Islamophobe, or prejudiced.

Wouldn’t the Vatican scenario I described above be the headline on every American newspaper, the lead story on every newscast, the top trending topic on Twitter? Would not every LGBT leader, every human rights activist, every liberal and right-thinking person in the U.S. denounce the atrocities, as well as the religion that gave rise to such hateful actions? Would the streets of American cities not fill with protest marches and angry demonstrations?

Yet radical Muslims somehow seem to get a pass. Intensive news coverage and progressive protests apparently get detained at the border of Islam. Why is there this atrocious double standard?

There was worldwide revulsion when ISIS burned to death the caged Jordanian pilot, and decapitated Western journalists. But where is the outrage when Muslims publicly murder Muslim men for being gay, or stone to death Muslim women for adultery or for having been raped?

It’s been called “the soft bigotry of low expectations,” this notion that Muslims can’t be held to the same standards of behavior as those of other faiths. Liberal voices often compare conservative Christians or Jews with radical Muslims. But have longtime anti-gay preacher Pat Robertson or Judaism’s Lubavitcher Rebbe ever advocated actual violence against gay “sinners”?

Of course not. Political correctness, however, forces us to tiptoe around the truth that Islamists today are slaughtering people for homosexuality, blasphemy, and adultery, not to mention for sketching pictures of Muhammad.

Where are the celebrities, LGBT leaders, and progressive politicians who decry the slightest hint of homophobia, yet remain silent when gay men descend to their deaths at the hands of thugs who say they are acting in the name of Islam?

In speaking recently about Muslim terrorism, President Obama, who cannot even bring himself to utter the phrase “Islamic extremism,” said, “Lest we get on our high horse and think this is unique to some other place, remember that during the Crusades and the Inquisition, people committed terrible deeds in the name of Christ.”

The president entirely misses the point. Christianity and Judaism have continued to evolve over the centuries. In the last few days alone, the Presbyterian Church became the largest Protestant group to formally recognize gay marriage. And a Reform rabbi became the first openly lesbian president of the Central Conference of American Rabbis. Much of Islam, however, is like a mountain that has never moved during the thousand four hundred of years of its existence.

Seventy years ago, the average American citizen might have been able to say, despite sporadic news reports, that he or she was not aware of the evil that was taking place inside Nazi concentration camps. Today, none of us can make that claim about the evil that is radical Islam. Smartphones in the very hands of the killers show us their savagery, and we excuse or ignore it at our own peril.