The Rostow Report by Ann Rostow | 06.15 | The Fight Magazine 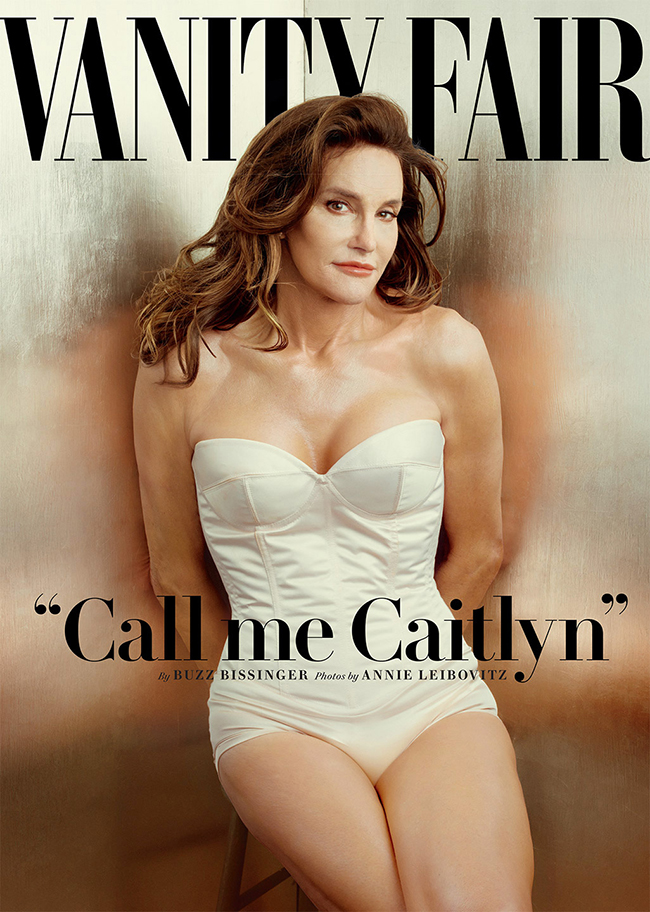 Caitlyn Jenner, nee Bruce, looks sensational on the cover of the July Vanity Fair. I suppose it helps if you can get a houseful of makeup artists to do their magic and Annie Leibovitz to snap the pictures, but still. At 65? After transitioning? As a typical baby boomer lesbian, I’ve never been into high fashion or tried to achieve knockout status. But still, I am irritated! Thanks for showing the rest of us up, Caitlyn.

Caitlyn Jenner, nee Bruce, looks sensational on the cover of the July Vanity Fair. I suppose it helps if you can get a houseful of makeup artists to do their magic and Annie Leibovitz to snap the pictures, but still. At 65? After transitioning? As a typical baby boomer lesbian, I’ve never been into high fashion or tried to achieve knockout status. But still, I am irritated! Thanks for showing the rest of us up, Caitlyn.

Meanwhile, Buzz Bissinger, the author of Friday Night Lights, has an excellent article on the trials and tribulations of Bruce Jenner’s previous life. Unremitting gender dysphoria is nothing I’d wish on my worst enemy, but Jenner’s indifference to his children as they grew up is unforgivable—-even as these children now forgive Bruce and support Caitlyn with open arms. I like these kids even more based on the fact that they have declined to appear on the latest Jenner reality show, even though Caitlyn desperately wants them to join the circus. Please Caitlyn! Give them a break! These reality show people are frightening.

WHY A STRONG SUPREME COURT OPINION IS CRITICAL

By this time next month, we should know the outcome of our decades long fight for the freedom to marry. I’m watching, not just the verdict, which barring a trip to the Twilight Zone should be in our favor, but the nature of the decision. Will we get a strong gay rights precedent? Will we see a patchwork of conflicting essays from the justices? Will we see a narrow compromise? Who knows?

If you’re a married woman and you have a kid, your husband is automatically considered the legal father (even if Baby bears a startling resemblance to the postman). Not so in some cases for lesbian women, who still have to jump through hoops to get both names on a birth certificate or win shared custody. These types of legal claims were ubiquitous a few years back, but you would think that the right to marry would have ended the confusion around parenting, right? Not completely, which is why a strong Supreme Court opinion is critical.

There’s other American marriage news, but it’s all going to be a moot point after the High Court rules. Ergo, let’s not worry about peevish polls in Texas and jerk justices in Alabama. As for international news, you’ve all read about our extraordinary 62 percent majority vote in favor of equality in Ireland. But did you know that marriage is now legal in Greenland as well? Yes, the parliament of the ice-bound mini-continent voted unanimously to fall in line with their erstwhile colonial masters in Denmark, bringing equality to our brothers and sisters on top of the world.

There’s an argument to be made as well that Greenland’s underpinnings form a shelf that extends to cover the North Pole, which would mean that marriage equality has also arrived for the denizens of the mythical toy factory. Oh, it’s true that we can’t prove Santa and his elves actually exist. But then again, we can’t prove that anyone in Greenland exists either. It costs a fortune to go there, and the whole territory might just turn out to be an Internet scam.

Greenland, as you might remember from grade school, was given its name by Eric the Red, who thought a pleasant sounding designation might draw settlers to a desolate frozen wasteland. Considering that a thousand years later the (alleged) population still hasn’t cracked 60,000, I’d say his marketing strategy failed. On the other hand, 60,000 could be considered a lot for a place like Greenland.

By the way, I just read about a survey of the happiest gay men in the world, conducted with 115,000 people by Amsterdam based Planet Romeo. Turns out the happiest country in the world for gay men is, wait for it, Iceland! Good old Eric the Red’s home base if I’m not mistaken. The U.S. ranks 26.

So, what do you think of the Duggar scandal?

(Sidetrack: I was just investigating “quivering,” the cultish Christian notion of having as many children as possible, and I fell into a cyberhole, emerging at the Huffpo to learn that a lesbian web survey has discovered that 40 percent of (presumably lesbian) responders indulge in “scissoring” on a routine basis.

I can hear you gay guys out there. You’re not precisely sure what “scissoring” is, although you think you can guess, but the bottom line is you don’t want to think about it. La la la la la la… News flash! We lesbians also aren’t quite sure what it is, but if it is what we think it is, we’ve tried it, it doesn’t work, so we won’t be wasting any more of our precious sex time fooling with it.  Well, it might work for some people of course. But 40 percent? No way, Jose!)

But back to the Duggars, the reality TV family with 19 children, of which one of them seems to have molested a few of his sisters back in the day. I’d vaguely heard of these Duggars, but having now done some research, I was stunned to learn that they’ve been on TV for years and years, and that all those children were actually born to one couple. I assumed they were foster parents or something. At any rate, I find all of this profoundly disturbing. There’s nothing really warm and fuzzy about having so many children that you probably can’t remember their names and you’re too distracted to notice that a bunch of them are playing doctor every night, not necessarily by choice.

Elder son Josh, who was 14 during his “incest phase,” is now in his late twenties and was forced to resign his post at the Family Research Council once word of his youthful transgressions emerged. Not only did this guy mess around with a bunch of unwilling girls, but his parents found out and swept it under the rug.

Network bosses at TLC have suspended the Duggar’s reality show, but they’ve also drawn the wrath of “Mama June,” a horrible sounding woman who lost her own TLC reality show (Here Comes Honey Boo Boo) after dating a sex offender who served time for molesting Mama June’s daughter, Anna. Got that? Anyway, Mama June was annoyed that her show was axed, while the Duggars are merely on hold. At one point, she was threatening to sue TLC for one million dollars because of the discrepancy, although it’s not clear what legal basis she would have been able to construct for such a claim.

I gather from a piece in the New York Post that the TLC lineup includes: “My Big Fat Fabulous Life,” “The Little Couple,” “Sister Wives,” “My 600-Lb. Life,” “My Strange Addiction,” “Sex Sent Me to the ER,” “Abby & Brittany” (conjoined-at-the-head twins) and “My Five Wives.”

Sure, we can just laugh about it from a distance. No one’s forcing us to watch. But there’s a part of me that feels diminished, Donne-style, because I am involved in mankind and mankind is involved in “My 600-lb Life” and “Sex Sent Me to the ER.”