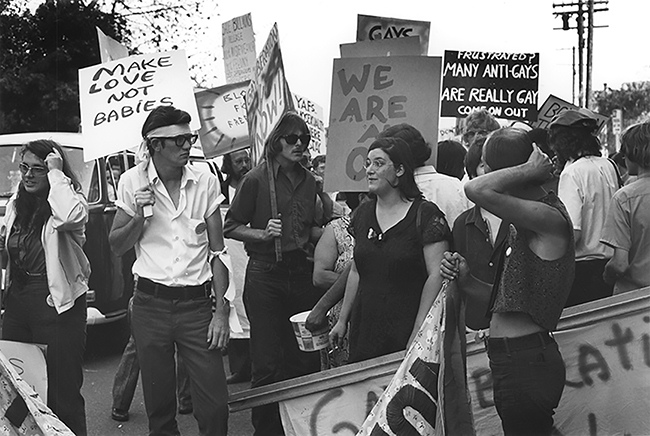 The first parade traveled east on Hollywood Boulevard starting from McCadden Place in the Hollywood section of Los Angeles. Although one of several gay pride parades that took place that day around the United States, this was the only “street closing” gay pride parade held in 1970—something emulated by the other parades the following year.

There was always a tense relationship between CSW, the businesses on Hollywood Boulevard and the LAPD, so in 1979 the parade and festival were moved to the more friendly environs of Santa Monica Boulevard, in the soon-to-be-incorporated (1984) City of West Hollywood.

The parade now moves west on Santa Monica Boulevard from the corner of Crescent Heights Boulevard, and the festival is held in West Hollywood Park and the adjacent section of San Vicente Boulevard.