OWNing It | The Fight Magazine 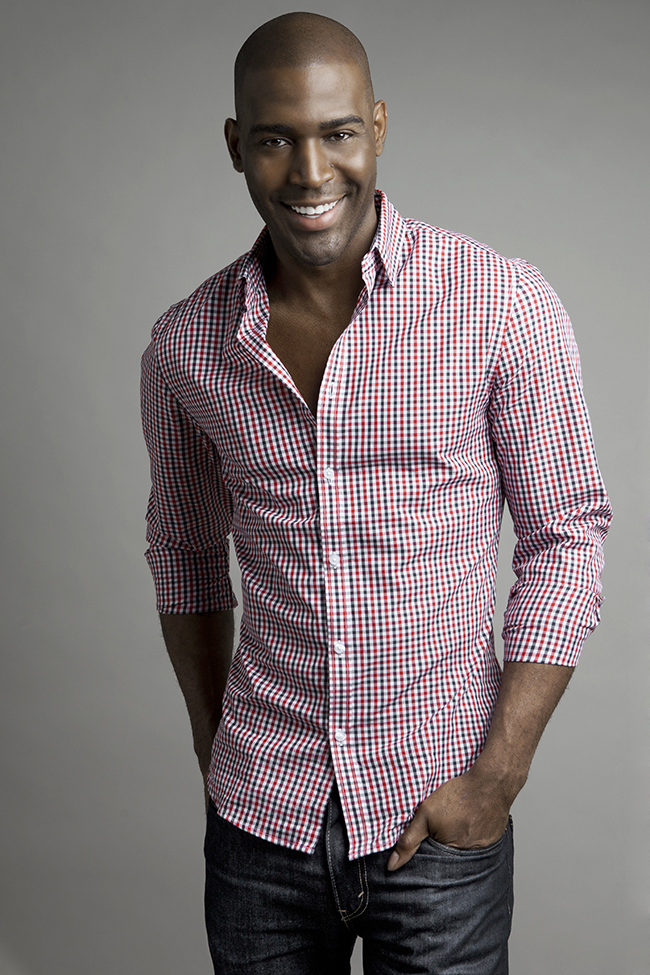 As a gay, black single father in Hollywood, Karamo Brown makes his #OWN way.

Karamo Brown is a very busy man. An average day consists of waking up and hosting his digital show on the OWN network, #OWNSHOW, developing television show concepts with his newly formed production company, sifting through potential modeling work and other on-camera opportunities, and then heading over to film nightly segments as a commentator on “Dr. Drew On Call” on HLN. Oh, and he has to be home in time to have dinner on the table for his two teenage sons. And then? “I do it all over again,” he says, laughing with just a hint of exasperation.

He’s eager and excited to talk about #OWNSHOW, the OWN network’s first foray into the digital realm. The show features daily clips on everything from home to lifestyle to cooking segments and celebrity interviews. Brown has a relaxed and natural presence on camera, a skill that he’s spent the past three years perfecting.

With #OWNSHOW heading into its third season, his modeling career “blowing up,” and his oldest son now a senior in high school—it all seems more than a little hectic, but Brown seems to thrive on the energy.

Speaking with Brown, it becomes abundantly clear that his career path in Hollywood doesn’t define him. He’s got something to say, and he’s determined to use his multiple platforms to say it. He’s open and outspoken about issues on both race and LGBT rights on “Dr. Drew On Call.” As the country is embroiled in a myriad of protests and racial unrest regarding the killing of multiple unarmed black men by white police officers and the lack of legal action against them, Brown is hyper aware of what it means to be raising two black men as a single father.

He has an 18 year old biological son as well as a 14 year old that he adopted from the same mother, and feels a deep responsibility to equip them to deal with a world that far too often sees young black men as menacing.

The conversation about race is one that he’s had “at least once every week” since his sons became a part of his life.

“All of these men are the same age as my kids, and to prepare them I say ‘this is what’s happening in the streets, and I need you to understand how you’re going to be perceived in this world,’” he says. “It’s a hard conversation but it’s a conversation that has to be had because I have to prepare them.”

However, there is much more to him as a father than just talking with his sons about race. You may just catch them at the same concerts, wearing the same brands, or watching the same television shows. Brown is only 15 years older than his eldest. Since they’re so close in age, they have a relationship that he admits can at times be more similar to two brothers than father and son. “I’m able to relate with him in a new way which allows us to have conversations that are just great… I have other friends of mine who are much older than their kids and they can’t talk to their kids like that,” he reveals. Still, he’s outspoken about the fact that he’s the parent. “They’re still kids and they get on my nerves and I have to discipline them when needed. That’s the parent part.”

Brown is equally as outspoken about the thorny racial issues at play within the LGBT community, starting with the relative lack of response by many mainstream LGBT organizations in regards to Ferguson or the #blacklivesmatter movement.

“As a community we should be more empathetic towards what those of us who are African-American men are going through. We need to see more LGBT organizations take a stand and show support for the black community during this difficult time,” he says.

Brown definitely sees a connection between the silence from mainstream LGBT organizations and the lack of more diverse faces in LGBT media.

As an openly gay black man being profiled for a mainstream LGBT magazine, Brown realizes he is in rarefied company. Ten years after he broke barriers for black gay men in media, representations are still few and far between.

Some of the blame—says Brown—must be laid at the hands of those who control the media. “White men who are disenfranchised in American society come into the gay community and claim themselves as what is perfection,” he states. “I mean look at that ‘Out100’ list. How many people of color are on there? 10 out of 100? You’re telling me that you couldn’t find at least 50% of color and doing something positive in our community?”

Those in positions of power within the media, says Brown, are missing the point when they don’t realize that their struggles are very similar to those who are disenfranchised.

“How do you get to those white men and say check your white privilege at the door and understand that the struggles you’re going through—I have similar struggles—and that we should be supporting each other?” he asks. “How do we get editors and producers to see as much value in bringing in an LGBT black man as they do in a white man? That’s where the change is going to happen.”

Brown doesn’t let black gays off the hook either. To him, diversity is about more than just being a token or being comfortable with being the only black guy in the room. “A lot of us have accepted being the token. It’s played out. It’s done. It’s 2015. Stop allowing yourself to be fetishized,” he says.

Speaking of 2015, one of his chief goals for the new year is to spend as much time creating real change as he does with his career in the entertainment industry. But, will he be doing that alone? Brown is coy about his relationship status, but “as a bit of a fat ass,” a love of food is definitely a requirement of his future husband. He ultimately sees himself with someone that he can build and grow with, a partner in every sense of the word. Until that happens, he’s content with continuing to reap the benefits of his years of hard work getting to this point.

Whether advocating for the LGBT community in primetime, modeling in front of the camera, shooting #OWNSHOW or building his new production company from the ground up, it’s clear that Brown is a man on a mission both to create change and to be the change he wants to see.

“This is my fight… our fight… and we all must do our part.” Karamo Brown continues to be one loud, proud, and outspoken gay man that is definitely doing his.