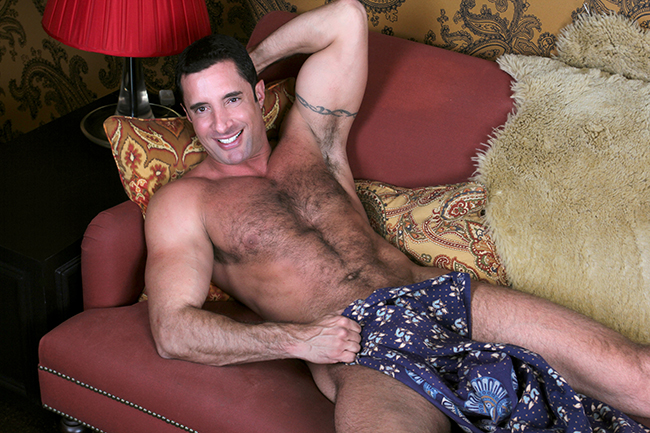 Ducati Models’ Nick Capra on breaking free from the shackles of addiction, dealing with tragic loss and reigniting his career in the adult film industry.

Capra, currently managed by Ducati Models, says he owes his new success to recently celebrating one year of continuous clean and sober time.

In an interview with THE FIGHT Capra talks about breaking free from the shackles of addiction, living life openly and honestly and reigniting his career in the industry.

What’s your clean and sober date?

What was your drug of choice?

My primary drug of choice was crack cocaine. Right behind it, was meth. I smoked crack and shot meth.

Is this your first time in recovery?

No. My relapse was not a big surprise. It’s really a garden-variety story that you hear all the time in the rooms [of recovery]. I had over 4 years sober. I stopped sponsoring. I stopped going to meetings. I alienated myself from my group of sober friends. Inevitably, I left myself completely defenseless to the next huge challenge in my life that came up, and I relapsed.

What made you get sober again?

I was in a relationship with a man named Tony. He was the love of my life. We met, while I was 2 years sober. And, when things went wrong in our relationship, I inevitably relapsed, which led to our breakup. Tony tried to help me. He wanted me to come back to him. Like any sane, rational person, he wouldn’t take me back until I got sober again. But -as most addicts can probably relate—I was back in the physical allergy and mental obsession with my drugs. I was far gone-out of his reach. He couldn’t save me from myself.

Several months into my relapse, after Tony and I had broken up, he killed himself. It took me a little time to get past the shock of his suicide. Then, all the guilt, shame, remorse, and self-blame that came while I was still high and dealing with his suicide. It took a few months for me to get clarity and get sober, but I eventually did. So, to answer your question: the greatest love of my life had to die for me to get sober.

What was it like starting over and counting days after having so many years of sobriety?

Obviously, there is an ego thing involved. It’s twice as hard to come back to sobriety after having it for so many years, and then starting over… but frankly, I was dealing with something much greater than an ego battle. I was dealing with the heartache of Tony’s suicide. And all I wanted to do was get well, so I could be better again, and be the man he loved. And start loving myself again.

Is sex under the influence a big part of your story?

Did you have any apprehensions about sex in sobriety?

No. Fortunately for me, I remember what good, connected sex felt like before dope. So when I’m getting ready to engage in sex with a man now, I don’t feel triggered. That doesn’t mean that I still don’t use sex from time to time in sobriety as a tool to check out—sobriety is a trip though, because it’s almost impossible for me to lie to myself about my motives for sex. I know when it’s an authentic connection, and I know when I’m using it to disconnect. Sobriety doesn’t allow me the luxury of being really dishonest with myself for very long.

What are some of the stigmas gay men have about sober sex?

There are so many. It will never be as good as it was when I was high; it’s gonna trigger me; what if my partner is high and he offers me dope; I’m not gonna be able to perform as well sexually…the laundry list of fears we conjure up in our minds surrounding sober sex, can turn into mountains.

How do you feel about guys who stop having sex altogether after they get sober?

It’s not my place to tell someone who is sober how to conduct their sex lives. I personally believe that anything that is naturally healthy—and sex is quite natural and healthy—that I have made unhealthy, needs some work; an overhauling. If sex in sobriety were a problem for me today, I would work the steps on it. Abstaining from sex for me—out of fear—is simply that: a fear. I would need to find a healthy way to face that fear, not avoid it. I didn’t get sober to live in fear anymore.

At what point in your sobriety did you decide to continue your career in adult films?

I came back to the industry at the end of February, 2014 with just 90 days sober. I’ve shot a ton of videos. I’ve traveled across the country three different times this year shooting and making appearances—all of it sober.

Do you think the industry gets a bad rap regarding drug use on the set?

How much has your life changed since you decided to get clean and sober?

Well, I’m sitting here having this conversation with you right now. That certainly wouldn’t have been happening if I were high. I was fucking miserable when I was high. I was 177 pounds on day three sober. I’m 206 pounds today. I can look people in the eye when I speak. I can see past my own nose and relate to others, instead of just living in Nick’s world…most of the time. I have an amazing relationship with my mother, which was all but gone when I was high. I have a feeling of purpose in the world. I care about myself. I care about others. I have real friendships today. I wouldn’t trade any of that for the best dope in the world.