BEAR in MIND | The Fight Magazine 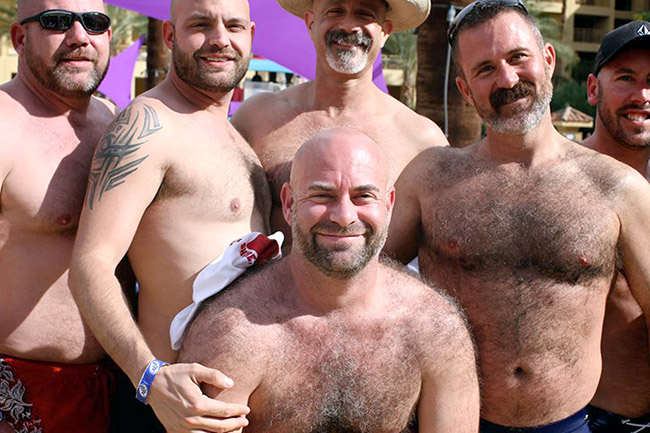 Themed pool parties, live entertainment and thousands of bears from around the globe at the upcoming International Bear Convergence in Palm Springs.

The four-day event includes themed pool parties, live entertainment and thousands of bears from around the globe. “The first year was a huge success and we expect our numbers to triple,” says Stevo Harris, the event’s producer, in an interview with THE FIGHT.

With the event just a few months away, and the hotel already 60% sold out, Harris says the excitement is mounting. “The talk about the duel concert with Amber and Ultra Nate is giving us a lot of feedback and creating a lot of energy surrounding the event. Two amazing performers on their own and together—it’s going to be an amazing night!”

A few of the upgrades being implemented for the upcoming event include “adding more bars and changing the main stage concert to Saturday. Sunday night will be our leather event. And Friday night is our opening dance,” reveals Harris.

“We have also included pool chairs and lounges as part of our VIP package—and those VIP tags are already 80% sold,” states Harris.

“The event itself is very positive and upbeat. Hot guys everywhere. Whether you are a Bear, a Cub, a chaser or just a gay guy looking to make new friends, come out and join us,” says Harris.

“The IBC Team is so proud of what we have started and we look forward to many more years of IBC and meeting new guys from all over the country and the world!”