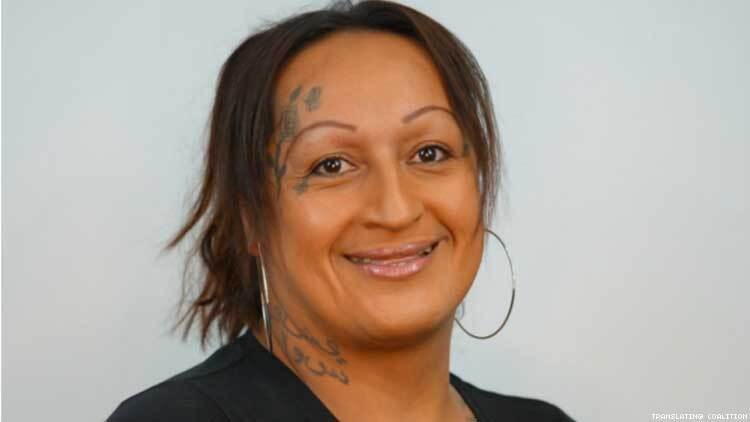 Daniela Hernandez, a trans women of color, was assaulted this past Sunday evening in MacArthur Park. “Daniela was simply walking on the street when suddenly she was brutally attacked by about four or five people,” according to a news release from the TransLatin@ Coalition. “The suspects said gay slurs to Daniela as she was being attacked and apparently a woman who was with the men was the person who sliced Daniela’s throat.”

In response to the brutal attack, the Los Angeles LGBT Center issued the following statement:

“Our loving thoughts are with Daniela Hernandez as she recovers from this brutal attack. We stand with our sister organization, the TransLatin@ Coalition, where Daniela volunteered, in decrying the epidemic of violence against trans women of color. There have been more than 31 known murders of trans or gender non-conforming people in the U.S. this year—the majority of whom were black trans women.  And for every transgender homicide, countless others face violent attacks and discrimination every day in this country.

“The all too frequent and violent attacks against transgender women, especially Latina and Black women, must end. In this spirit, the Center recommits to our collaboration with our colleague organization, the Trans Wellness Center, to fight this violence by lifting up programs that serve trans people. We call on the L.A.P.D. and prosecutors to act quickly to ensure that this case is investigated as a hate crime and that the perpetrators are arrested and taken off the streets before this happens again.”

The Los Angeles LGBT Center remains committed to ensuring that all LGBTQ people—especially those most at risk in our trans community—can thrive as healthy, equal, and complete members of society. If you have experienced hate violence and need assistance, please contact the Center’s Anti-Violence Project at 323-993-7673.